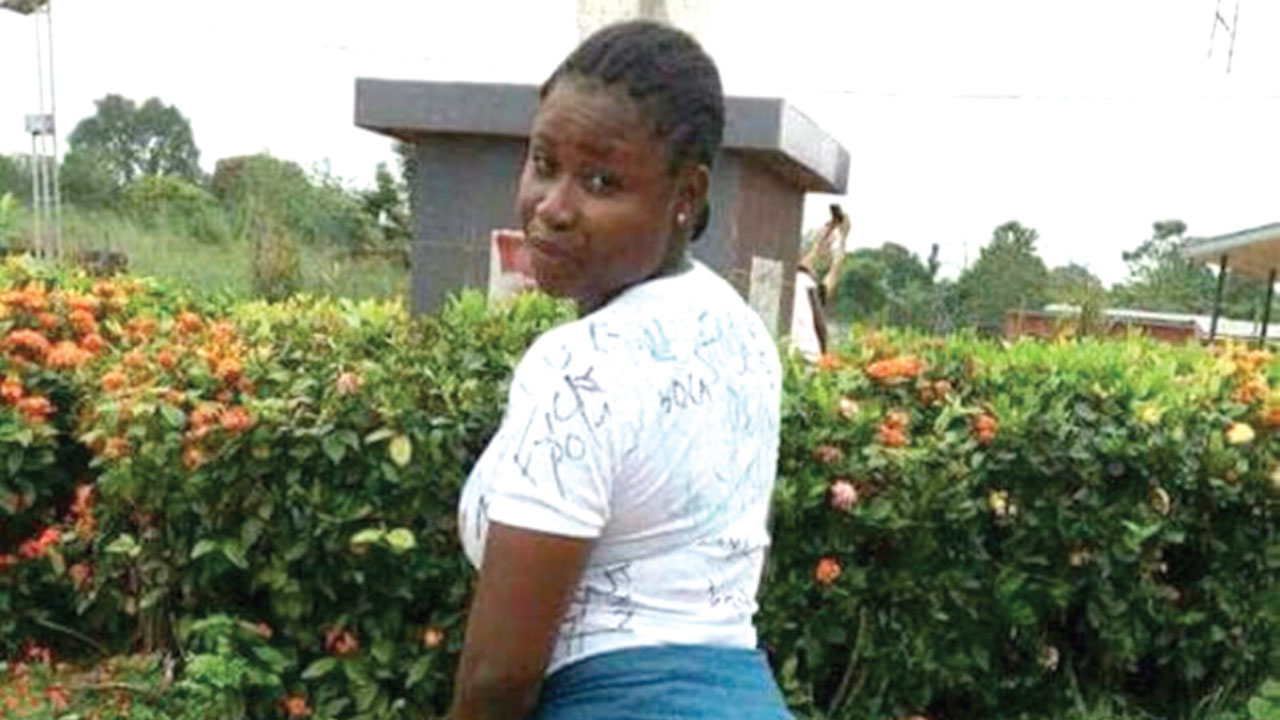 It was supposed to be celebration of a successful completion of her academic pursuit, but the celebration turned sour when a graduate of Auchi Polytechnic, Edo State, Miss Uloko Laurenta Apaume, was allegedly shot dead by a member of the Auchi community vigilance group during her graduation party.

It was gathered that Uloko, a Banking and Finance graduate, was killed on Friday night by a stray bullet from a vigilance group operative, who was at the party to provide security for the students, who had signed off from the polytechnic after writing their final examination.

It was gathered that the students in jubilation after writing their last paper on Thursday invited the vigilance group members to the party, as part of the tradition to help secure the place for a peaceful celebration of a successful completion of their Higher National Diploma (HND).

It was learnt that during the celebration, a member of the local security joined in the celebration with the students and fired into the air but the bullet failed to come out.

According to a source, “the security man lowered his gun to check why it failed to release bullet after firing and in the process the bullet discharge itself and accidentally killed the girl who was celebrating on the spot.”

The development cause panic as the students scampered for safety, even as the suspect had been arrested by the police.

Confirming the incident, the Commissioner of Police, Babatunde Johnson Kokumo, who described the incident as unfortunate, said it was clearly a misadventure and not intentional killing.

“The vigilance men, according to the report of the Divisional Police Officer (DPO) on ground, had been invited by the students and it was in the night. It was clearly a misadventure; it was not an intentional killing as there is no record of any sort that there had been malice between the late student or any student for that matter and the vigilance men. So, the vigilance man had an accidental discharge so to say while the celebration was on.”

According to him, the suspect is already in custody, assuring that the police are doing everything to pacify the students so that there would be no reprisal attack on innocent citizens.

Meanwhile, students of Auchi Polytechnic on Saturday protested against the killing of Uloko. The students blocked major roads in the vicinity and called for vigilance groups across the country to be stopped from using guns, as this is not the first time this type of incidence is happening.

EFCC can’t deny not knowing the way about of Maina