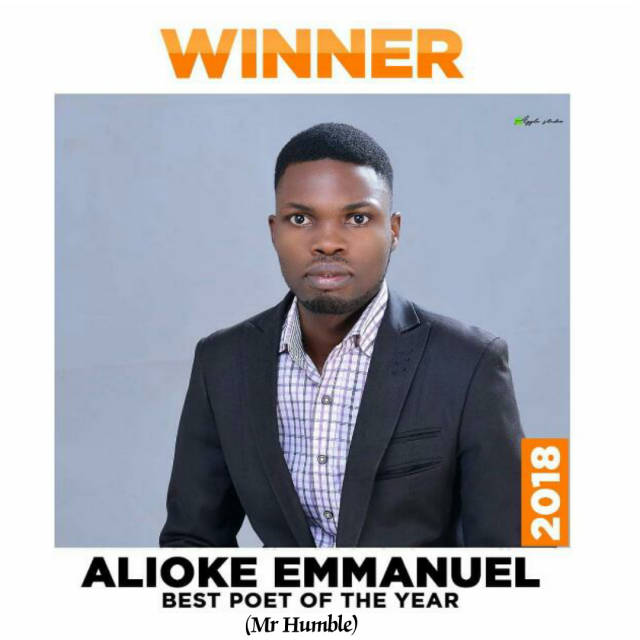 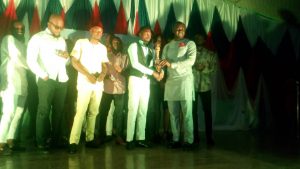 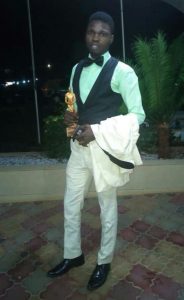 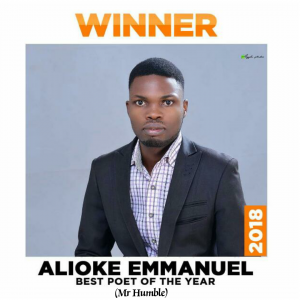 The popular Unizik writer and poet Alioke Emmanuel Chukwuebuka popularly known as Mr Humble on Friday night emerged as the best poet of the year in the Anambra campus awards 2018.

The award which involve students from other tertiary institutions was keenly contested at various sects.

Mr Humble as he is popularly called is the nominee representating Nnamdi Azikiwe University Awka in the best poet of the year category. It would be recalled that Alioke Emmanuel Chukwuebuka was the chief editor of the unizik SUG 25th years anniversary Magazine celebrated June this year

Speaking after receiving the award, Mr Humble expresses gratitude to God, to unizik students, family, friends and all who supported him in various capacities.

Mr Humble maintain in a special way that he dedicated this award to his younger Brother and all unizik students.

Ganduje under Buhari’s shadow for 2019 reelection