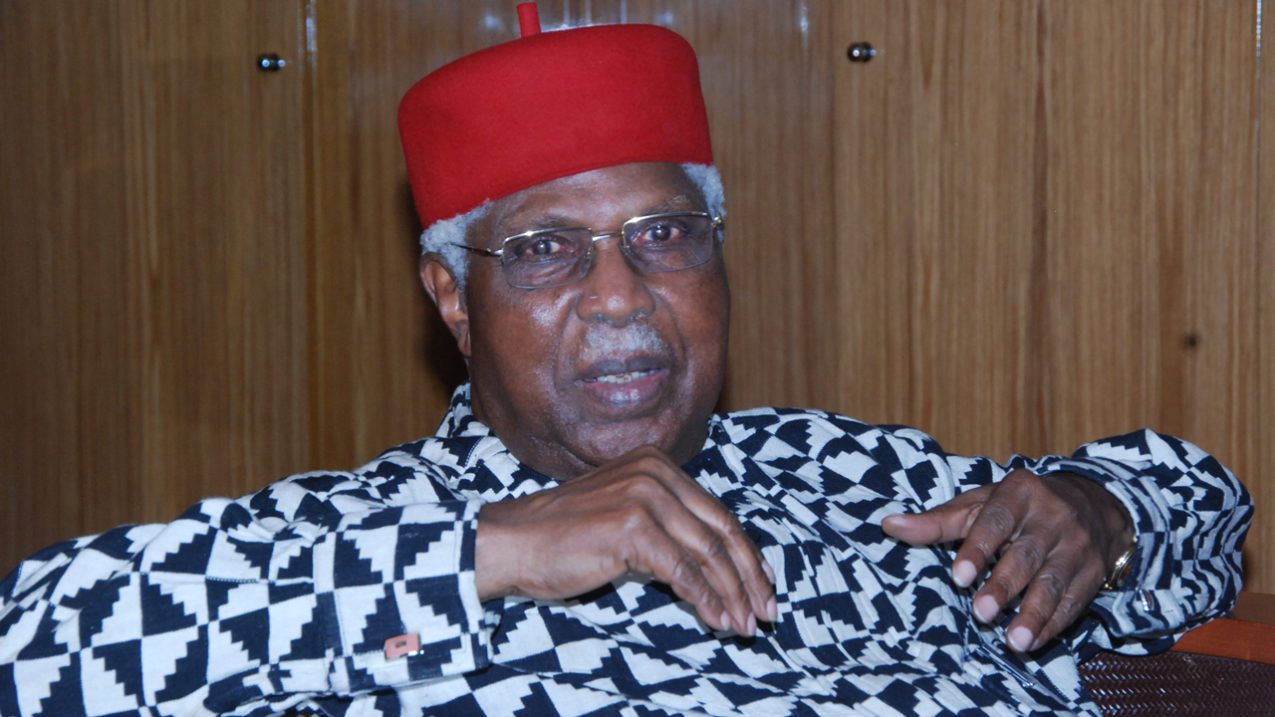 The former Vice President of the Second Republic, Dr. Alex Ekwueme, is alive and not dead, the family has said.

There were rumours yesterday that Ekwueme might have passed on at the Memfy’s Specialist Hospital, Enugu, where he had been receiving treatment since he took ill few days ago.

The rumours had it that the elder statesman, who suffered chest infection and is billed to be flown abroad for further treatment, died in the early hours of the day.

But a statement by the family dispelled the rumours, stressing that contrary to the reports, Ekwueme was alive and recuperating at the Intensive Care Unit (ICU) of the hospital.

The spokesperson of the Ekwueme family, Chief Uche Ezechukwu, in a two-paragraph statement had said: “The wicked rumours making the rounds about the deterioration of the condition of Dr. Alex Ekwueme is totally untrue.

“The truth is that the elder statesman is alive and well. His condition is not only stabilising, but also improving considerably. In fact, the former vice president has moved from a stage of unconsciousness to a state whereby he now receives, sits up and eats.

“It is also important to inform that Dr. Ekwueme is yet to be taken abroad, as the necessary documentation and preliminary are on course and arrangements are being completed. Any post I make on the elder statesman is impeccable and has full authentication of the family.”

Oil price inches towards $70, 44% above benchmark