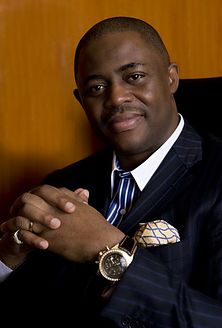 Former Minister of Aviation, Femi Fani-Kayode, says he is worried about an impending coup in Nigeria over the ill-health of President Muhammadu Buhari.He alleged that powerful interests had decided to force Acting President, Prof Yemi Osinbajo to resign.In an article, yesterday, titled ‘The Ringing Of Coup Bells And A Cause For Deep Concern’, Fani-Kayode, noted that ever since 1966, the Northern ruling class had always effected a coup d’etat whenever they feel sufficiently threatened with the loss of power.“The only time that they failed to do this, to their eternal regret, was when President Goodluck Jonathan succeeded President Umaru Yar’Adua after the latter’s death in 2010.“Up until today, they blame my friend and brother, Lt-Gen. Abdulrahman Dambazau for that failure, and they felt he was weak and cowardly. This is because he was the Chief of Army Staff at the time, and he did not strike.“He paid a heavy price for his “weakness” and for not doing their bidding a few years later because when Buhari came to power in 2015, instead of appointing him Minister of Defence or National Security Adviser, which is what he had originally been penned down for, he appointed him as Minister of Interior, which is far less strategic and important.“As a consequence of his “failure” to strike, they had to endure Jonathan for five long years, and their response was to covertly support and encourage Boko Haram to make parts of the country “ungovernable”, and to organise the whole Chibok girls affair, in collusion with a notable foreign intelligence agency and foreign government, to get him out by 2015.“President Muhammadu Buhari was “elected” into office that year, and now, his fate is similar to Yar’Adua’s. He is chronically ill, and he is ‘not’ coming back to lead and rule as he once did because he will ‘never’ be the same again.“Once he dies, the northern ruling class has already decided on what to do. They will give Vice President Yemi Osinbajo an ultimatum, and they will threaten him and ask him to resign.“They have resolved that they will not allow power to go to the South, and they will encourage their senior officers in the military to effect a coup.“In doing so, they are only doing what they have always done when they feel sufficiently threatened with the loss of power. That is their way. And that is the measure of their ruthlessness and determination to hold on to power.‘They would rather have a core Northern military dictator in power than a southern leader or president. And they are prepared to kill anyone, no matter how highly placed, who stands on their way or who attempts to oppose or stop them”, he argued.​