The Federal government has resorted to the use of technology to balance distribution of resources and quell agitations of equitable resource distribution and marginalisation across the country. 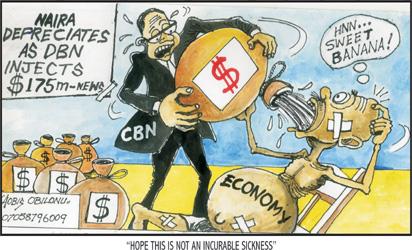 The acting Executive Chairman of the Federal Character Commission (FCC) Dr Shettima Abba disclosed on Monday at the launching of a web portal that would monitor and ensure justice and fairness in the distribution of national resources across the country.

The portal was launched at a workshop organised for Desk Officers of Ministries, Departments and Agencies of government (MDAs) to train them on how to use the portal.

Speaking at the event, Dr Abba said the portal would also ensure fair balance in employment across MDAs.

Abba said the commission has a mandate to ensure that no state in the country was marginalised.

He stressed the need for fairness in the provision of infrastructure and social amenities across the country in line with the dreams of the founding fathers.

The chairman said the commission would not be able to carry out it’s mandate without the use of modern technology, hence the need for the portal.

“For us in FCC, we do not work with tribe or religion neither do we work with either North or South.

“We work with states, Local Governments and Wards; it is part of our mandate to make sure no state is marginalised or left behind the wheels of development.

“For us to do that effectively, we need accurate data which we intend to generate through the portal.

“The portal among others will provide easy access to data and acceptable nominal rolls from MDAs,” he said.

Abba urged the participants to put in their best and advice the various Heads of MDAs to adheard to the FCC Act in all dealings as the law empowers the commission prosecute them.

Earlier in his remarks, Mr Ejike Njeze, the Chief Executive Officer of Pyrich Limited, designers of the platform said it would also address several agitation in the country.

He blamed some of the agitation in the country on lack of proper information and data for Nigerians.

According to him, the platform will put to rest series of agitation as information will be made available at a glance for all Nigerians.

Njeze said the platform will ensure accuracy and enhance efficiency which will enable FCC carry out its mandate.

He said the portal will address majority of challenges faced in producing annual nominal roll as required by the commission.

Muhammed said the workshop would bring desk officers upto speed and enable them do their jobs right.

The workshop which is expected to run for five days had 200 participants in the first batch.NAN

Theresa May reacts to quit calls