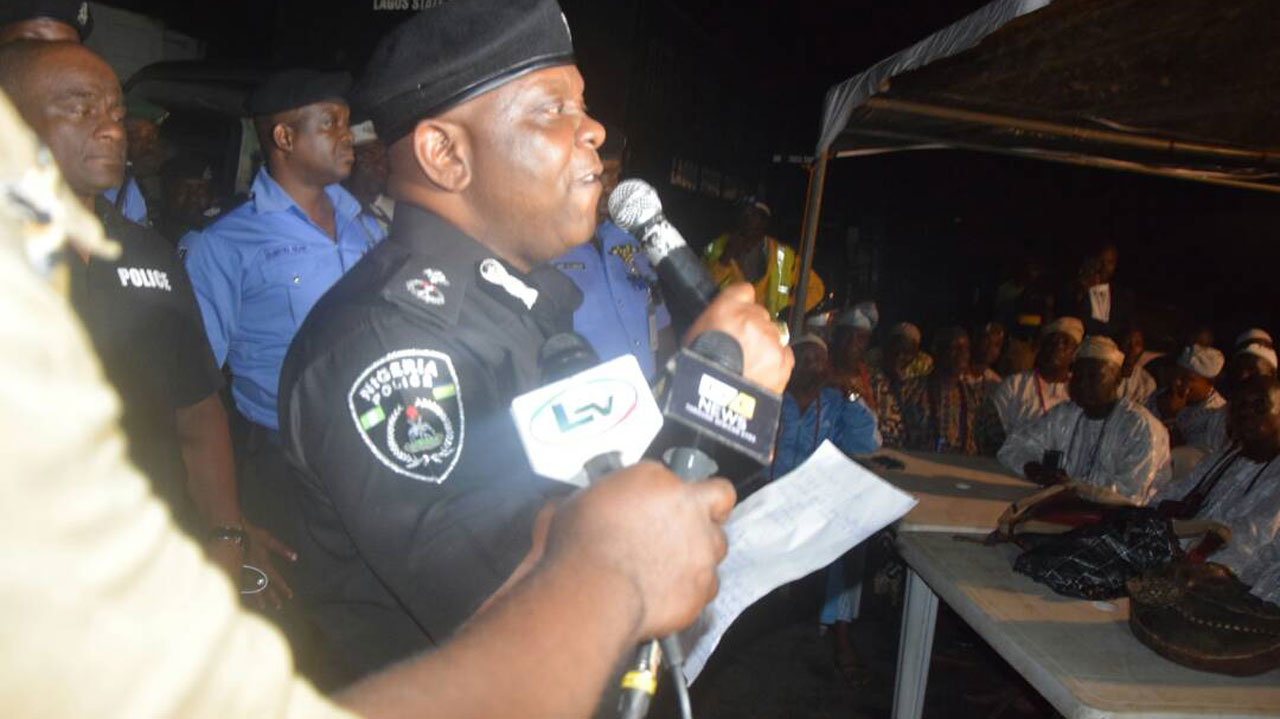 Roadside traders and hawkers may have to find other means to sell their wares following the directive by Lagos State Acting Commissioner of Police, Imohimi Edgal to dislodge them from roads and walkways.

This order is to reduce traffic gridlock around markets in the state.The police boss expressed dissatisfaction over activities of traders, who indiscriminately display their wares on roads and walkways, thereby obstructing traffic.

Spokesman of Taskforce Adebayo Taofiq, said Imohimi was worried that activities of the street traders not only hindered free flow of traffic, but also gave room for miscreants and hoodlums to attack motorists while in traffic around major markets.

Meanwhile, the operatives of the task force, during a joint enforcement operations carried out with the Lagos State Environmental Sanitation Corps (LAGESC), arrested 11 traders including a traditional chief at Igando axis of the state, for collecting illegal fees from traders on roads and walkways daily.

It was gathered that during interrogation, the 11 arrested illegal traders alleged that Chief Amodu Shakiru, collected money from every trader, who sold on the road and walkways in the area.

One of the traders, Caroline Endurance, claimed that the Shakiru allocated walkways and road setbacks to traders and that each trader paid him N500 daily to sell at night.“If you don’t pay N500 to Chief Amodu Shakiru (Baba-Oja), you won’t be allocated space to sell goods at Igando,’ she alleged.

Egbeyemi said both the Lagos State Task Force and Lagos State Environmental Sanitation Corps (LAGESC) would continue to enforce the laws and arrest traders aiding and abetting illegal trading across the State.

The chairman vowed that no abuse or propaganda would deter him from carrying out its legitimate duties in accordance with the laws, saying: “nobody is above the law.”

He confirmed that the Lagos State Commissioner of Police Acting CP Edgal has directed that all 11 arrested illegal traders, including ‘Baba-Oja’ who allegedly collected illegal fees from traders, to be charged to court for prosecution.

Of godfatherism, Anambra and November 18 election