Nigeria Senate approves One term for President and Governors 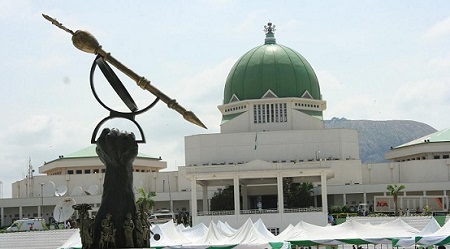 ​
The process of amending the 1999 constitution was concluded on Wednesday by the Nigerian Senate , they also voted in support of the Local Government Autonomy and 28 other bills up for amendment in the 1999 Constitution.‎The Senate also approved single term for president and governors as well as voted for Independent Candidacy.The Senate also approved the separation of the office of the Minister and Commissioner of Justice from the Attorney General of the Federation and of states to create an independent office of the Attorney General of the Federation insulated from partisanship.The lawmakers voted in favour of the amendments that the President must nominate Ministers within 30 days and attach the portfolios of the Ministers to the Senate when sending for confirmation.‎The Red Chamber amongst others voted against devolution of powers and in favour of immunity in respect of words spoken or written at plenary sessions or committee levels.However, the Senators voted against ‎35% affirmative action for women as ministers and public office holders while in favour of Independent Candidacy for elections in Nigeria.The clause also makes it obligatory for the President to deliver a State of the Nation address in a joint session of the National Assembly. ‎In his remarks the President of the Senate, Bukola Saraki, said with the amendment, ‎there were enormous opportunities in the hands of the younger generation, adding that this amendments would strengthen democracy at large.Meanwhile, Senator Abiodun Olujimi from Ekiti state sought the indulgence of her colleagues to include the Gender affirmative into the upcoming Gender equality bill consideration.Ninety-seven lawmakers were in attendance while ‎29 bills and 33 clauses were considered.
Report a problem.