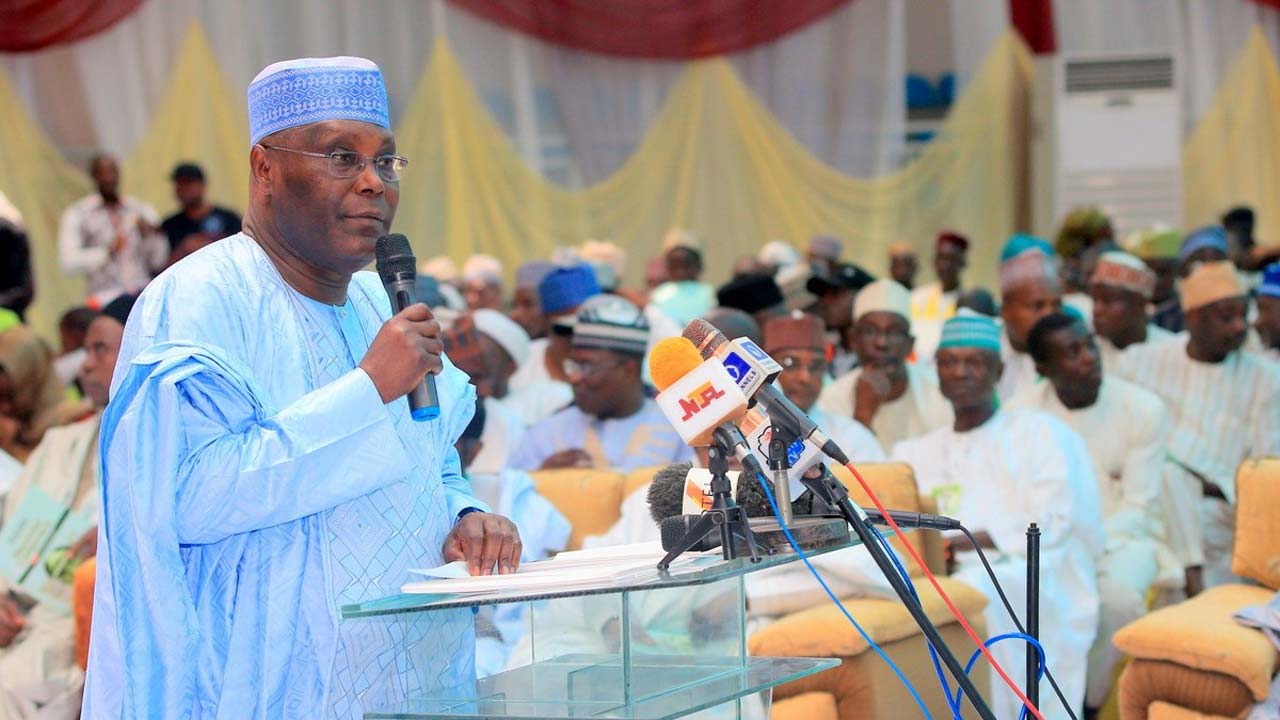 Some Northern leaders and groups yesterday expressed divergent views on whether the country should be restructured. At the ongoing two-day conference on “The North and the future of the Nigerian Federation” organised by Arewa Research and Development Project (ARDP) in Kaduna, Governor Aminu Waziri Tambuwal of Sokoto State said the insinuation that the north was against restructuring was false .

Tambuwal, who is the chairman of the forum, said: “The fact that some people continue to parrot such a lie only helps to give credence to the flawed argument. Let us be clear: the north wants restructuring as much as anyone else.

“However, as a people, we do not easily jump into the bandwagon because we are always there for the long haul. We believe that any decision we take must be inclusive, and respect procedures and processes so that the outcome is sustainable.”

He said that only recently, the Northern States Governors’ Forum and Northern Traditional Leaders Council Committee on Restructuring of the Nigerian Federation, which he chairs, inaugurated a technical committee reflecting the diversity of northern Nigeria to look at the issues surrounding the call for restructuring and get the aggregate views of the north for use during the proposed public hearing across the 19 northern states.

“I think we should first, as a country, mutually agree on a definition of the term restructuring. In my view, if restructuring means taking stock of our arrangement to ensure that no state takes a disproportionate amount of the resources, or most of the available space in the education or job sector, or subjugates the others’ culture or religion, or lords it over the other so that the number of the poor and uneducated whose future is circumscribed by their circumstance is shared proportionately, then we agree.

“We all want a country where there is peace and progress, where there is justice, where all lives are safe and people can pursue their legitimate livelihoods wherever they choose. I believe each state in this country has areas of comparative advantage and life is a cycle so that what was once the largest revenue earner can in time become less so while something else takes ascendancy. As a country we must look to the future and agree on what in the long run will benefit us all.”

But former Vice President, Atiku Abubakar, as always, was more forthcoming. He insisted that power and resources should shift to the states as part of restructuring.

Atiku, who was represented by Dr. Awwalu Anwar, said: “My idea of restructuring is devolution of power to the states with the resources. The Federal Government should only be bothered about the economy while the states should be left to provide education, security and build roads.

“To me, if a state is given the responsibility of providing security, state police will better secure their areas because they will be familiar with the nature and peculiarity of their security challenges.

If Atiku sounded moderate, former vice chancellor of Ahmadu Bello University (ABU), Zaria, Prof. Ango Abdullahi, went extreme. He said: “I was a student when we got independence and we saw that each time there was a need to unite Nigeria, the north made the largest sacrifice.

“Now we have 36 states from three regions which existed in 1960. No country has had constitutional conference like Nigeria, yet it has not created the basis for a united country. If we want to restructure Nigeria, we have to start from the beginning, 1914, north and south, let’s go our separate ways.”

According to Abdullahi, such a clamour for restructuring is not new, as it has always come from the south whenever a northerner is in charge of leadership.

“The governor of Sokoto State who is the chairman of the Northern Governors’ Restructuring Committee, and chairman of this conference, we do not want you to rush into committing us, the views of the north should be collected, nobody should stampede us,” Abdullahi said.

The northern chapter of the Christian Association of Nigeria (CAN) and the Jamatul Nasir Islam (JNI) insisted that the country was better together than to restructure it.

The northern CAN chairman, Rev. Yakubu Pam, who was represented by Air Commodore Tanko Ato (rtd), said “the north can stand. Our position on the restructuring debate is that Nigeria is better and firmer together. To us, it does not matter whether we restructure or not, what matters to us is the united north and Nigeria where we respect each other’s faith and freedom of worship.”

The JNI represented by Bashir Dahiru Bauchi, maintained that the north had always contributed to the country even before the coming of the colonial masters, so the region should see itself as “a big brother.”

“We are better as a united Nigeria than going our separate ways. Nigeria is held in high esteem in the world politics, but it will be devoured by the world powers if broken into pieces,” he said.

The Jam’iyar Matan Arewa (Northern Women Assembly) said even if the country was restructured to family units, there would still be the problem of leadership.

Governor Nasir El-Rufai of Kaduna State, represented by his deputy, Bala Bantex, said: “We should bother about poverty, illiteracy and insecurity in our region. We should strive to reverse this trend.”

At another event, El-Rufai who is the chairman of the All Progressives Congress (APC) Committee on True Federalism urged those pushing for resource control to work towards a more united and virile nation.

At the town hall meeting organised by his committee to interface with the youths in Abuja, El-Rufai faulted those clamouring for all the 36 states of the country to be treated on equal terms.

The governor said that each of the 36 states of the country had its own peculiarities and comparative advantage that could not be wished away.

“It is just like saying everyone who is six feet, five can play basket ball. As human beings, we are equal but you cannot come and stand here and say we should create nine states in each zone, Nigeria is not equal, likewise the population and resources, you can’t do that.

“The greatest injustice is trying to make equal, unequal and unequal equal, things are not done like that. There are those who have said that Nigeria and Unites States are the same.

“The representatives of the agitators are few in number and so the majority must always win. Some people say because we have oil, let’s us have resource control. We must think of the overall interest of Nigeria. By that I mean what works for everyone. Because what works for one part of the county will not necessarily work for the other.

“And so as long as we are from one country we must seek what is of common good not the one that serves one interest group. If you do things like that, you will get it wrong. Otherwise you will continue to make argument in which there will be no consensus.”

Save the children, state government, others launch pneumonia report