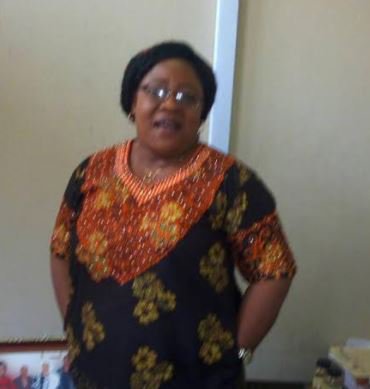 ​
The Civil Service in Osun State has been thrown into mourning following the abduction and killing of the Permanent Secretary, Bureau of General Services, Office of the Governor, Osun State, Mrs. Olufunke Oluwakemi Kolawole.Our correspondent gathered on Friday that the PS travelling to Abuja from Osogbo on an official assignment when hoodlums kidnapped her and took her to an unknown destination.

The deceased was said to be driven in her official car and was going to attend the inauguration of the Perm Sec, Ministry of Justice, Mrs Abiola Adewemimo as one of the judges of Industrial Court when the hoodlums struck.The deceased’s driver was said to have been beaten to coma while the hoodlums were said to have taken the permanent secretary away.The matter was said to have been reported to the police and a search party was immediately raised to look for her.But some hours after she was taken away, Kolawole’s body was said to have been found by the roadside. It was gathered that her assailants hacked her to death.A source within Osun State Civil Service told our correspondent that machete cuts were all over Kolawole’s body when she was eventually found where her corpse was dumped by the hoodlums.The Osun State Head of Service, Mr. Sunday Owoeye, confirmed the incident in a statement which he issued to commiserate with the family and colleagues of the deceased.

The statement read, “On behalf of the Forum of Head of Service and Permanent Secretaries, Tutors-General, Accountant-General, Auditors-General and Surveyor-General, and with rude shock and a deep sense of loss, I hereby painfully announce the untimely death of Mrs. OLUFUNKE OLUWAKEMI KOLAWOLE who was brutally attacked by kidnappers while travelling along Okene – Abuja highway on her way to Abuja on Thursday, 12th July, 2017 for an official assignment.“Until her death, Mrs. Kolawole was the Permanent Secretary, Bureau of General Services, Office of the Governor, State of Osun.“The Forum commiserates with the families of the deceased, the entire public service and the State Government of Osun on this irreparable loss.”It will be recalled that Osun State Permanent Secretary, Ministry of Finance and Economic Planning, Mrs. Adebimpe Ogunlumade, and some others persons were kidnapped in April 2016 along Lokoja-Okene Road while returning from Abuja.All those kidnapped then were released alive.

Commotion as Gunmen Kill Policeman, Steal His Arms At Checkpoint in...