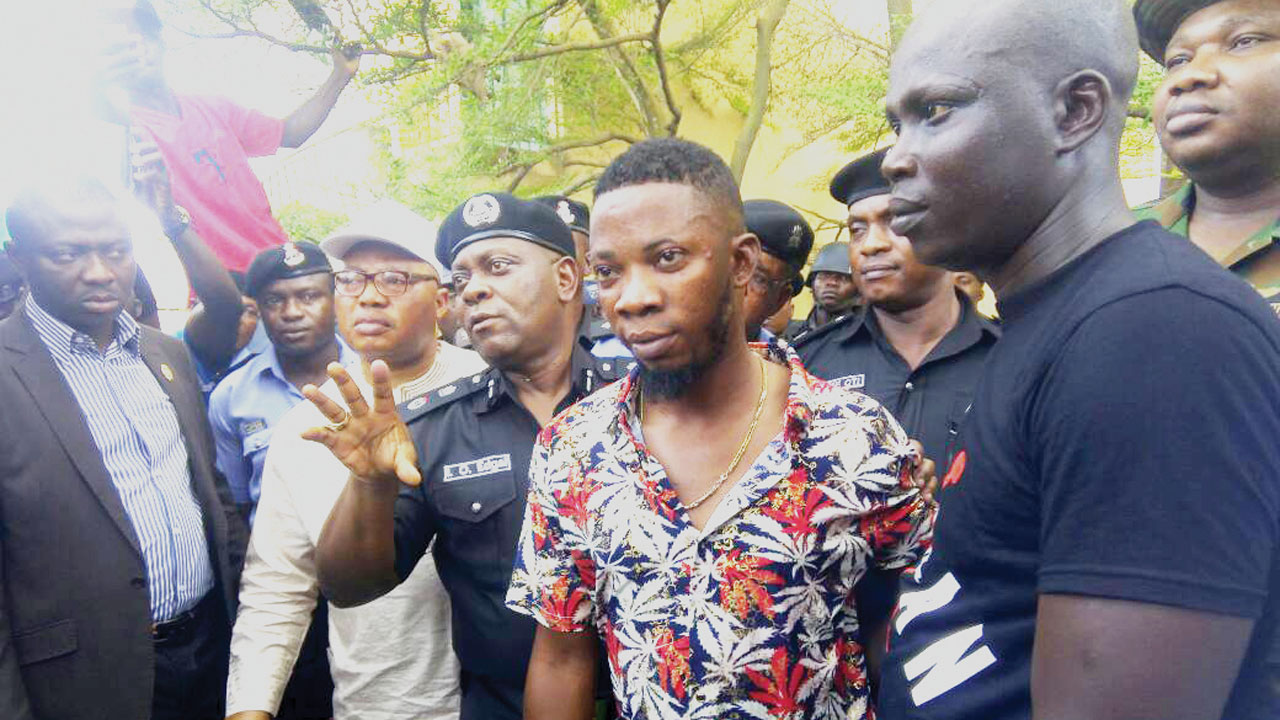 Over 120 suspected cult members of two notorious confraternities, yesterday renounced membership of their respective cult groups. They surrendered their arms to the Lagos State police.

The exercise, which held at the Oba Ranodu’s palace, Imota, Ikorodu, had chiefs alongside representatives from the House of Assembly and local government chairmen in attendance.

“The boys would be reintegrated into the society after being empowered with various skills,” the Commissioner of Police, Edgal Imohimi said.

According to the CP, the initiative was powered by the Oba of Imota alongside his chiefs and local government chairmen.

He said, “The importance of this denouncement is not those who are renouncing it. What is significant is that the process has started, where youths indicate interest not only to renounce cultism willingly, but to take up jobs and skills.”

Edgal, however, added that he was expecting a situation where more youths would renounce cultism and surrender their arms, adding that when this happens, there would be less crime and less arms in circulation. The leader of Eiye Cult, Joseph Fasasi lamented the aftermath of killings and wars.

He said, “I am an indigene of this town – Imota. I have realised that cultism does not pay. It doesn’t allow development of my town. So, I decided to make peace with other cult heads.”

He said they no longer wanted war. “We don’t want killings. When we fight, non indigenes run away. They have a place to run to. But, I don’t. My parents are from this land.”

Having visited other towns and seen the level of development, Fasasi said he craves for development of his town. The leader of Aiye cult, Bolaji – known as Spirit shook hands with Fasasi, hugged and partied together with other members of their cults after undergoing spiritual cleansing in the traditional way.

The two cult groups, known as the most dangerous confraternities in Ikorodu, lauded the Lagos Police, the Oba and the Chiefs for initiating reintegration programmes for their betterment.

Speaking at the ceremony, the member, Lagos State House of Assembly representing Ikorodu Constituency 2, Nurudeen Kunle Agoro,
lauded the CP, the Lagos police and the Obas with his chiefs for such a bold step.

“Before now, when you wake up in the morning, you would see two corpses on the streets.” Edgal urged more cult members to drop their arms, drugs and the criminal lifestyle.