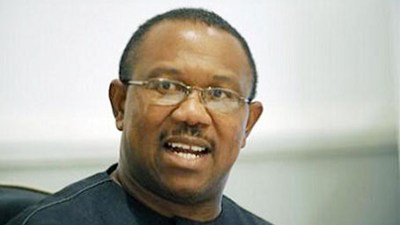 ​
A former Anambra State Governor, Peter Obi, has said the supreme court judgement on the Peoples Democratic Party (PDP) will engender a chain of events that could end the current economic recession and ethnic/regional agitations in the country.

Obi said this while reacting to the judgement which sacked Ali Modu Sheriff and declared Ahmed Makarfi as the authentic national chairman of the country’s apex court.He expressed joy over the judgement, saying God has used the supreme court to heal the wounds of the PDP family.“This very significant judgment will usher in an effective and capable opposition that would contribute meaningfully to governance and bring Nigeria out of the present recession, as well as contain various agitations in country,” Obi said.The former governor appealed to all PDP members to put the crisis behind them and remain united as one family.Report a problem.

​Why I walked out on panel -Monarch; wants Obiano to “sack”...

May that day never come where brothers will sell their brother’s...