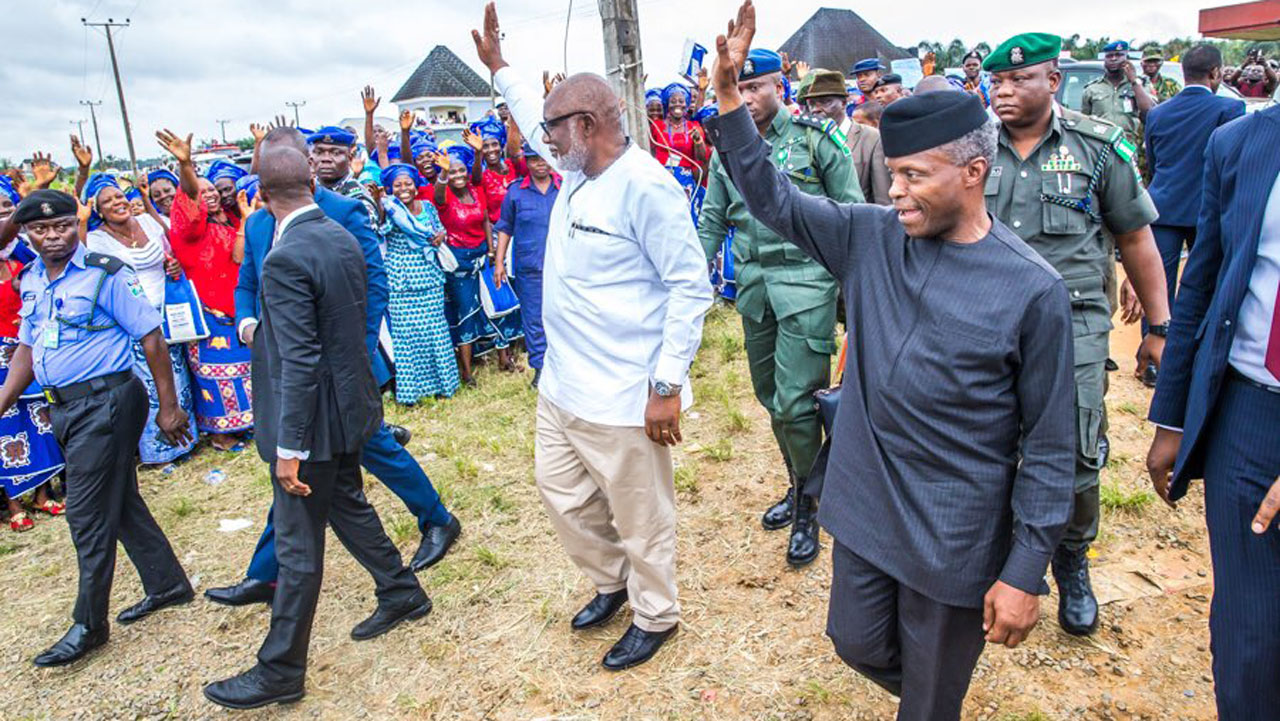 The Federal Government has expressed its readiness to partner with nine Niger Delta states to harness other resources, aside oil, for the sustainable development and peace of the nation.

Vice President Yemi Osinbajo stated this yesterday at the opening of the second National Council on Niger Delta (NCND) summit in Akure.

Osinbajo, who also paid a courtesy visit to the palace of the Deji of Akure, Oba Aladetoyinbo Aladelusi, said bitumen is critical to the development of the state, saying exploration of the solid mineral would open up the state and create jobs for the people of the state.

He said: “The future of oil is decline. That is why it is the duty of all stakeholders to explore all the opportunities now and ensure we are not constantly battling with the security of the pipelines.”

“It is obvious that oil is not going to last forever. As a matter of fact, everything showed that oil is declining very quietly. “We have no reason why we should not develop all other potentials apart from oil in the region.”

Minister of Niger Delta Affairs, Usani Uguru Usani, who led the delegates from the Niger Delta states, said the council is reworking the vision for more sustainable peace and development in the region.

Meanwhile, tragedy struck yesterday in Ondo State as five delegates to the summit died in a ghastly auto crash along Ore/Okitipupa road.

The Guardian learnt that the incident happened at Ode-Aye, some few kilometres away from Okitipupa, when the delegates left Akure for Igbokoda, the headquarters of Ilaje Local Council, where people had gathered to welcome Osinbajo.

In another development, the Vice President has assured that the Federal Government would no longer pay lip service to providing lasting solution to the incessant conflicts between herdsmen and farmers in the country.

He made the pledge yesterday at the opening of the national conference on the transformation of Nigerian livestock industry in Abuja.

Osinbajo, represented by Minister of Agriculture and Rural Development, Chief Audu Ogbeh, said the conference is coming at a time when the nation’s fortune in oil and gas is declining and at a time when the country’s security is being threatened and heightened by frequent farmers and herdsmen’s conflicts, rural banditry and cattle rustlings.

Ogbeh, who said providing a lasting solution to the conflicts would go a long way in improving livestock production in the country, lamented that Nigeria spends billions of naira yearly importing milk of low quality when the country could easily develop its livestock sector to meet the dietary needs of its populace.

United Nigeria is better than a divided Nigeria – Osinbajo

No allocation to Aso Rock clinic in 2017, says Presidency