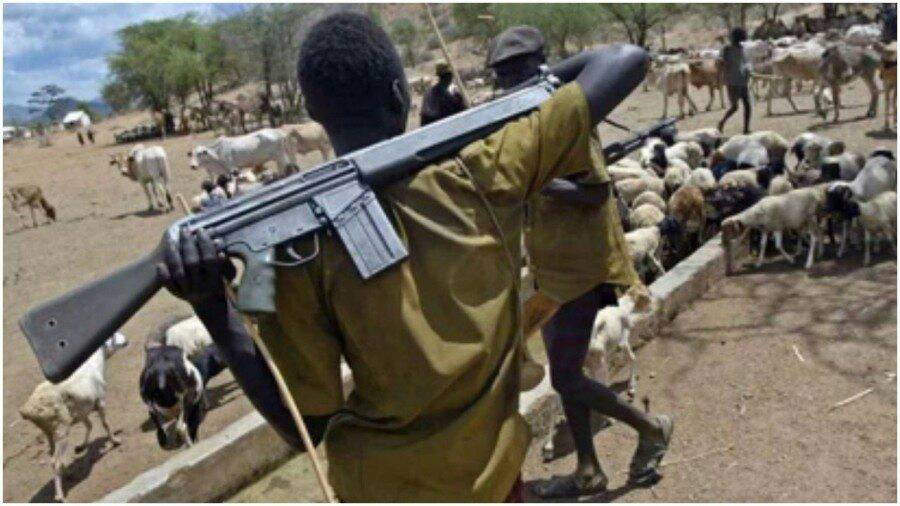 ​
Senate seeks prosecution of herdsmen over rape, killings in Edo.
It was also reported that Ehimen Donald Abuya, a youth from Ewu who was protesting the crime was shot by a security operative and has been hospitalised at Irrua Specialist Hospital.

• Fresh tension in Abraka over menace
The Senate at its plenary yesterday urged the security agencies to halt, arrest and prosecute Fulani herdsmen for raping and killing six Edo women among other criminal activities across the country.

Two of the women killed by the herdsmen were identified as Martina Emoyon and one Ariu both of who hailed from Ewu in Esan Central local government council while the other four unidentified victims hailed from Edo North senatorial district.

It was also reported that Ehimen Donald Abuya, a youth from Ewu who was protesting the crime was shot by a security operative and has been hospitalised at Irrua Specialist Hospital.

The Senate also urged the Federal Government through the Ministry of Health and the National Emergency Management Agency (NEMA) to immediately take the health need of Abuya and visit Ewu to ascertain the extent of damage and provide relief materials to families of the bereaved and other persons who have been displaced from their farmlands.

The resolutions reached through motion on the need to curtail the activities of the Fulani Herdsmen’ by representative of Edo Central, Clifford Ordia. Meanwhile, there was fresh tension in Abraka, Ethiope East local government area of Delta State following the alleged killing of two persons by unknown gunmen yesterday.

The victims were reportedly shot dead by suspected herdsmen who were said to have disguised as local hunters around Eku road. But the police in Abraka Division said they were on top of the killing of the two persons, one of who has been identified as a Diploma student at the Delta State University (DELSU).

Police Public Relations Officer (PPRO) in the state, Andrew Aniamaka had last week told journalists that mobile policemen have been drafted to comb parts of Abraka and bring suspected killers and all criminals to justice.

Eyewitnesses said the victims were left in a pool of their own blood before they were rushed to Abraka General Hospital where they were confirmed dead. One of the victims’ brother, who simply gave his name as Simon told our reporter on telephone that the police were not doing enough to save the lives of the people in the area.

But a police source said one Ogbuyoma, alias Scarface had allegedly been working with Fulani herdsmen to unleash terror on residents of Abraka and its environs but assured that the police were on his trail.

Also, there was a major shake-up in the Delta State House of Assembly with the removal of Reuben Izeze as Majority Whip and has been replaced by the member representing Ughelli North II constituency in the House, Eric Oharisi.

At the plenary yesterday, the Speaker, Sheriff Oborewori said the development was sequel to a letter from the state chairman of the Peoples Democratic Party (PDP), Kingsley Esiso requesting the reshuffle, adding that Izeze was dropped for Oharisi in line with the party rules.

Why democracy will continue to suffer in Nigeria – MASSOB