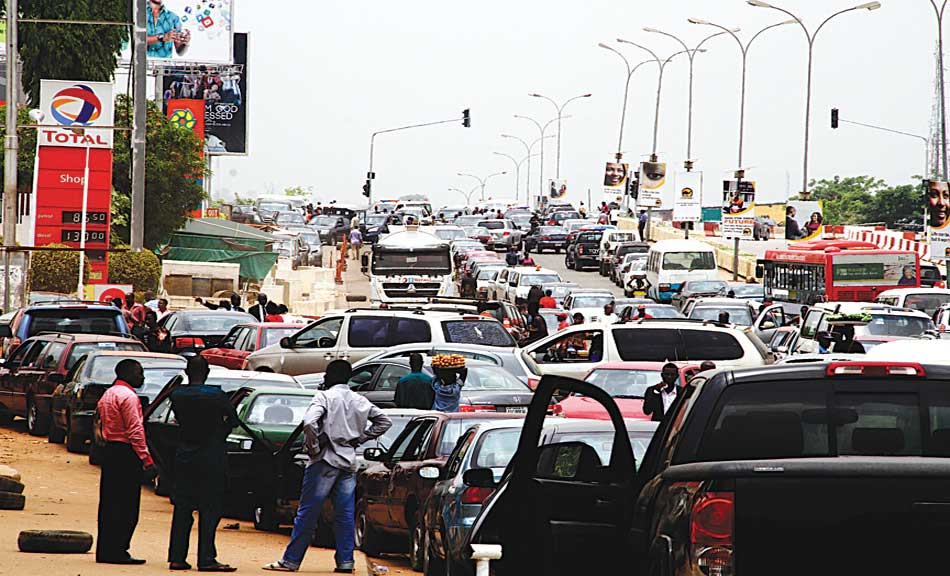 Though it is not clear if the striking oil industry workers have indeed called off the strike which partly led to the sudden return of fuel queues at filling stations in Lagos and around the country, that Nigerians are in pains occasioned by the sudden fuel scarcity is not in question. Across the length and breadth of the country, it is a tale of untold agony. And with the worst economic hardship ever as evident in high cost of living and unprecedented human suffering, the hope is that government is not contemplating any fuel price hike as being insinuated.

Coming at this most inauspicious time of the year when people are preparing for Christmas and New Year festivities, the pains of fuel scarcity are indeed, unacceptable.

Surprisingly, the Nigerian National Petroleum Corporation (NNPC), which imports 100 per cent of petroleum products into the country, has stated that there is sufficient fuel in storage which is being sold at the approved price template. So, the Department of Petroleum Resources (DPR) and other regulatory agencies should rise to the challenge of fishing out the economic saboteurs and bring them to book.

If the scarcity is caused by hiccups in the supply chain, these should be addressed promptly.

The fuel queues first re-surfaced in Lagos two weeks ago after the Independent Petroleum Marketers Association (IPMAN), Lagos State chapter, accused the NNPC of under-supplying its members with petrol. By the beginning of this week the queues have grown longer and the pains more severe.

The group particularly complained of the shortage of product at the Ejigbo satellite depot, which it said serves more than 900 filling stations. It said that the NNPC was not only under-supplying its members with petrol but also frustrating the bulk purchase agreement it signed with its members to supply to them at N133.28k per litre.

With the short supply from the NNPC, IPMAN said its members were being forced to approach the Depot and Petroleum Marketers Association, which it alleged was retailing to their members at N141 per litre.

IPMAN had threatened last week that its members in Lagos and parts of Ogun State might be forced to shut down their filling stations if the situation persisted. Fuel rationing reportedly started soon after that threat.

Furthermore, indications are that there have been distribution dislocations since the Apapa jetty got burnt, making it difficult for major oil marketers to get products. The marketers had to resort to doing throughput with other companies since they couldn’t receive products through the supply line, at least, not until the jetty is repaired.

With the rising demand for petrol due to the approaching holidays, indications are that depot prices have gone up. At the same time, so many depots are reportedly selling at above the recommended price of N133 per litre, sometimes averaging between N140 and N142.5, which includes hidden charges.

It is re-assuming that the Group Managing Director of the NNPC, Maikanti Baru, has said that the corporation has sufficient products, which it is selling at ex-depot price of N133 per litre and there is no reason for anybody to sell above N145 per litre.

Baru, happily, also chided the IPMAN for contemplating a strike at this critical time knowing fully well how the impact would be felt by consumers.

He has then advised Nigerians to disregard rumours of impending price hike and stop panic buying, stressing that NNPC has the full commitment of all downstream stakeholders, including petroleum marketers and unions, to cooperate in achieving zero fuel scarcity this season and beyond.

Although these assurances are on record, the reality is that Nigerians are groaning under the burden of no fuel to buy.

The unpatriotic manipulations by players in the fuel importation and distribution chain, which more or less determine the price is now an embarrassment to the government and a source of suffering for the people.

There is certainly huge corruption and inefficiency which are unfortunately passed over as punishment to all Nigerians. All the illegal associations and groups that unjustifiably control the petroleum business and rob consumers should be stopped.

At the moment, the challenge is to ensure that fuel supply and distribution is not disrupted. It is good that government has directed the Minister of State, Ibe Kachikwu and the NNPC boss, Maikanti Baru, to end the fuel supply shortage by weekend. Nigerians are waiting.

Senate in a fix on $5 billion loan request