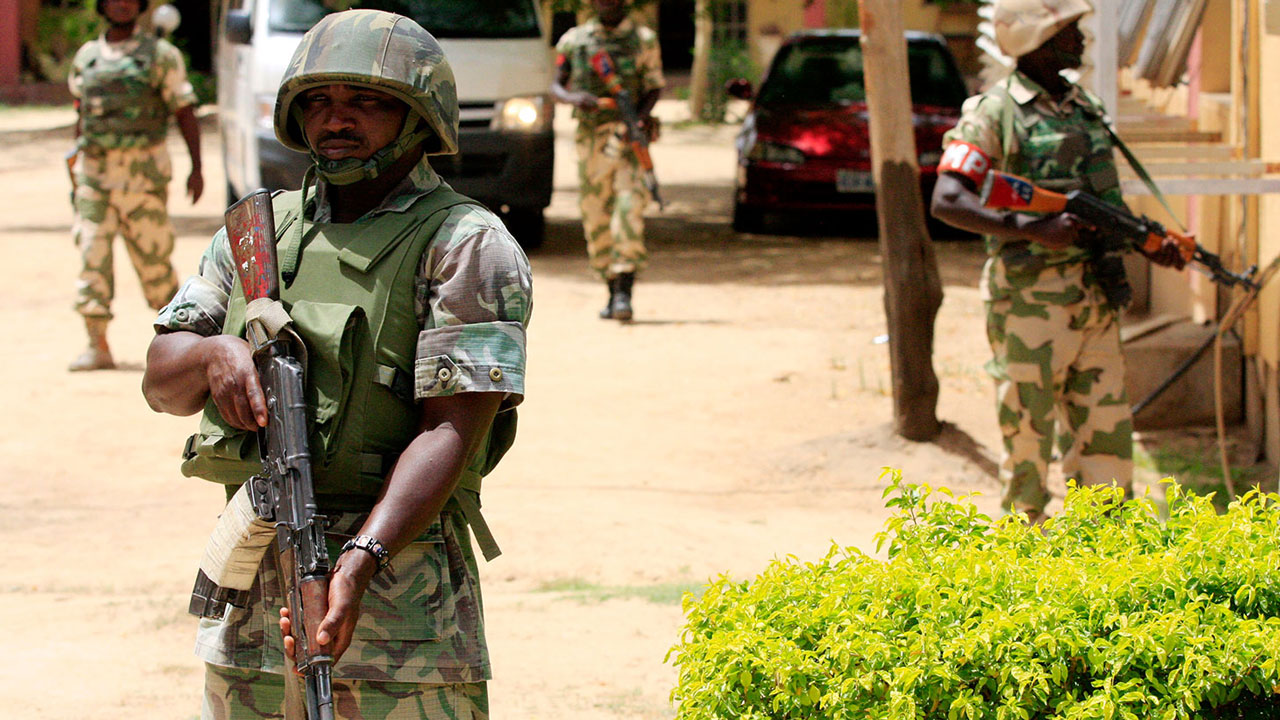 A statement by Director of Army Public Relations, Brig. Gen Sani Usman in Abuja said the troops were able to clear the Boko Haram terrorists from their hideouts at Kala, Jawara, Mada, Mika, Gakulba and Kutilax (Sanga) in the northern fringes of Sambisa forest and Kala Balge Local Government Area of Borno State.

According to the army spokesman, the captured terrorists’ commander, Amman Judee, was the “Ameer” of Chawa. He said the terrorists, at sighting the approaching troops from their observation post at Sanga, dashed into the adjoining Amchada forest.

“Troops of 3 Battalion, 22 Brigade Nigerian Army, Sector 1, Operation Lafiya Dole, in furtherance of the ongoing clearance operations in conjunction with 22 Mobile Strike Team and some Civilian JTF, has on Tuesday, 28th November 2017 achieved a remarkable feat.

“The relentless troops pursued them further and neutralized four Boko Haram terrorists after a serious exchange of gun fire, captured one of their commanders, the “Ameer” of Chawa, Amman Judee alive and rescued 212 persons held hostage.

“The captured terrorists leader is undergoing further interrogation while the rescued persons are being documented and the under-aged children were administered oral polio vaccines,” the statement read in part.

The troops on Tuesday rescued 30 hostages from the Boko Haram terrorists’ enclave, killing 14 of the insurgents in a gun duel in Borno State.

Meanwhile, the senate has reaffirmed its commitment to addressing the security challenge in the North East, asking its ad-hoc committee investigating the state of security affairs in Zamfara to carry out the task in the entire region.

The resolution followed a motion by Senator Ali Ndume on the worrisome state of security in Adamawa, Borno and Yobe states.

Ndume commended President Muhammadu Buhari on the fight against insurgency in the north east, but expressed concern that the level of attack by the insurgents had escalated to worrisome level since the beginning of the year.

“In 2017, more than 357 civilians were killed during 55 attacks in the North East. The deadliest month was in August when the militant group killed 100 people, followed by November with 76 people killed already.

The lawmaker also drew the senate’s attention to the fact that till date, 103 Chibok girls, 10 women from Askira/Uba and lately three members of staff of the University of Maiduguri remained in captivity.

Ndume said that over 4.8 million people were affected by the crisis, “while the estimated cost of destruction, according to a UN agency report on the atrocities of the insurgents, is put at over $9billion.

“In Borno alone, about 1million returning Internally Displaced Persons (IDPs) without anything with which to start life again are now scared of going back to their various towns and villages and therefore forced to remain in Maiduguri camps that are already crowded, “ Ndume observed.

He therefore prayed the senate to, among other measures, invite the service chiefs to brief it on the state of security in a closed session.

The Deputy Senate President, Ike Ekweremadu, reminded the senate that there was an adhoc committee working on security challenges in Zamfara State.

He suggested that the senate should accommodate the prayer by directing the panel to extend its mandate to include the entire south east.

The Senate President Bukola Saraki, in line with the suggestion, urged the committee to report back to senate within five weeks.