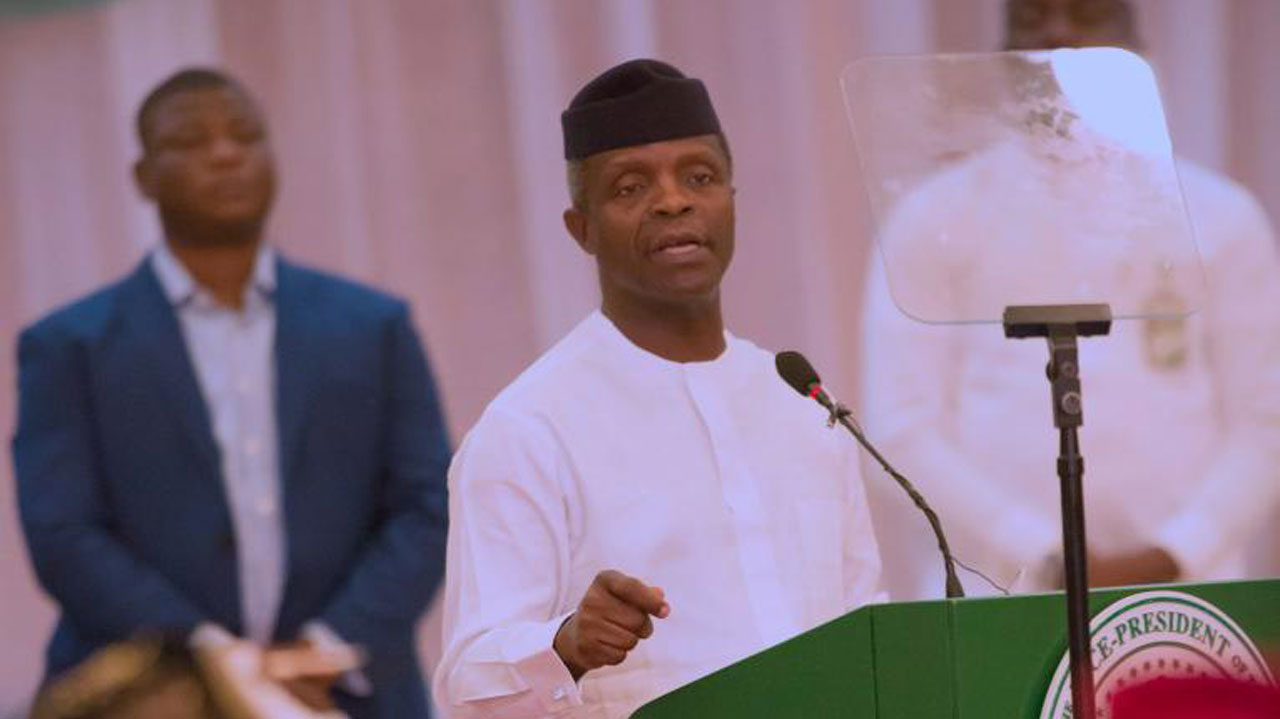 Insists Corruption Cause Of Setback
Vice President Yemi Osinbajo, yesterday, insisted that the country is better and stronger together than as separate entities, and urged all Nigerians to join hands with the administration of President Muhammadu Buhari to reposition the country.

Osinbajo spoke in Abakaliki, Ebonyi State capital, during the solemnization of Holy Matrimony of his Chief Detail, Ekene Nelson Nwokoro and his wife, Ngozi, at Pastoral Centre of the Catholic Diocese of Abakaliki.

While identifying corruption as the chief problem facing the country, the Vice President pointed out that the country’s unity remains non negotiable, even as he noted that the country is a great country that has everything in it to provide for the people.

He stated that the Rwanda, which is being celebrated in Africa, that Lagos State alone is six times larger than the economy of Rwanda.

His words: “This country is better together, stronger together than separating. There is nothing that we will gain by being separated. The countries around us are all tiny countries, very tiny countries. Rwanda, which is celebrated in Africa, Lagos state alone is six times the economy of Rwanda.

“We are a great country and anybody who wants to separate us, we must reject the person because this country can provide for every one of us, it can carter for all of us’.

What i discuss with Buhari in London