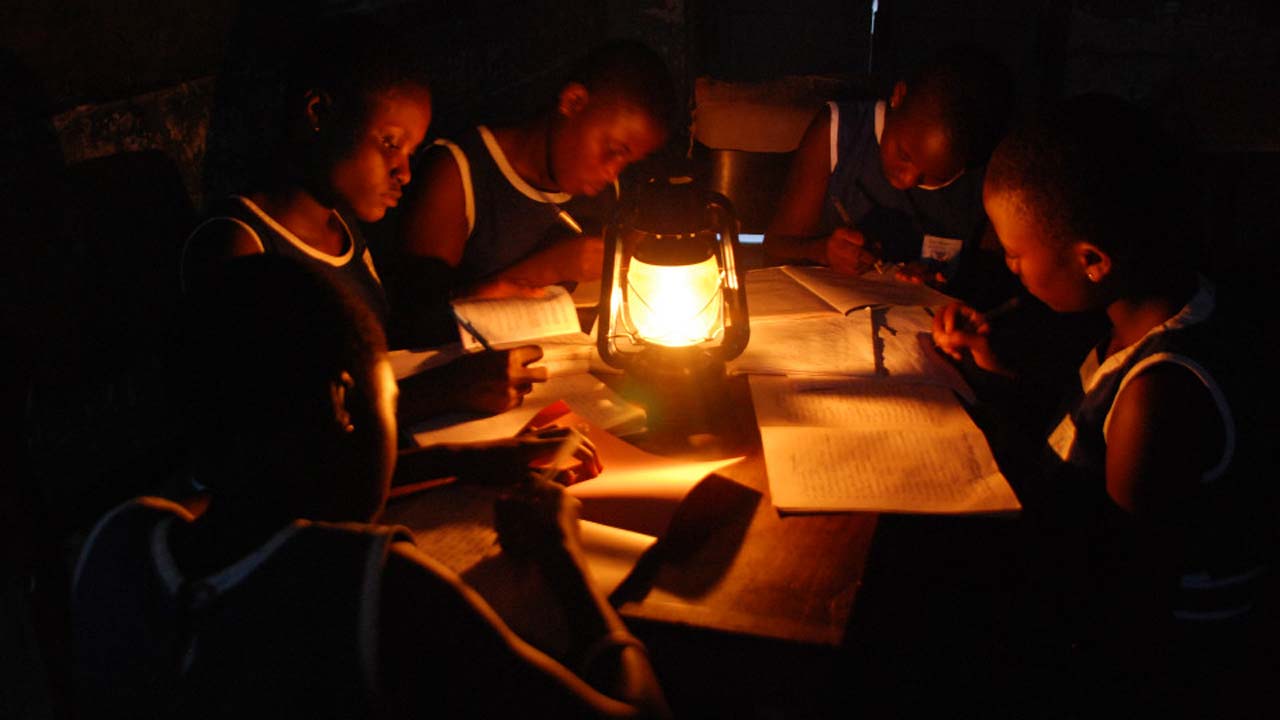 • Lagos communities revolt, bemoan outage, ‘crazy’ billing• How consumers can calculate electricity consumed• ‘We will disconnect any community once we perceive violence’

The trees dotting the corporate headquarters of Ikeja Electric (IE) on Obafemi Awolowo Way, Alausa in Ikeja, Lagos State have other uses besides providing shelter from the scorching sun. The sprawling trees, otherwise known as Abe-igi have become synonymous with Ojota’s Freedom Park, which in 2012, hosted two weeks of fierce protest against petrol subsidy removal.

Every other week, a group of exasperated electricity consumers, disenfranchised communities or disgruntled former employees gather carrying placards and chanting protest songs to express their dissatisfaction with the services rendered by the distribution company (DisCos). Their major grouse bothers on non-supply of prepaid meters, issuance of outrageous estimated bills and epileptic power supply.

When residents of Onilekere, Onipetesi, Valley Estate, Santos Estate Phase I & II, recently thronged the IE office to protest against the poor state of a substation mega transformer that feeds about 20 smaller transformers in the four communities, they were dramatic, dressing in an all-black attire to reflect the blackout the communities were experiencing, and they went bold with their demands, insisting: ‘No prepaid meter, No payment’.

There are two slogans Nigerians love to doubt. The first is promoted by the Nigeria Police Force that ‘bail is free’. The second is ‘the customer is always right’. In Nigeria, the customer is not king. While interrupted supply of electricity has become part of our national life, the ugly experiences of electricity consumers – estimated crazy billings, abrupt disconnection of cables, neglect of communities in need of transformer repairs, ordeals of getting pre-paid meters and nonchalance of DisCos to consumers’ complaints – are an unending bane.

In Iwowokekere, Ijede area of Lagos State, the community is at its wits end over failure of Ikeja Electric (IE) to energise the 33kv, 500kva transformer donated by the community since 2014. The community also lamented the high estimated bills imposed on consumers by the electricity company.

According to the chairman of Progressive Estate Community Development Association (PECDAS), Femi Ibrahim, the association has complained severally and written countless petitions on IE’s laissez faire attitude towards installing the transformer and restoring electricity to the community.

“We have remained in darkness for years, leading to incessant robbery attacks, and deprivation of economic activities in the area. We have invested emotional, physical, and financial expenses and commitment in the community only to suffer serious hardship of epileptic power supply from a single transformer used by over three communities,” he said.

Ijegun community in Lagos is still waiting on IE to repair the transformer in the area vandalised seven months ago to save them from perpetual power outage. Abimbola Alabi, a landlord in the area, said they had reported the case of vandalism of the transformer to the firm.

Felix Ofulue, the Head, Corporate Communications Unit in IE, however said the company is aware of the outage. He added that they were collaborating with consumers in the affected areas to resolve the problem. He urged the communities affected to safeguard the company’s equipment in their areas, adding that the Ijegun community was notorious for frequent vandalism of power facilities.

At the Ikeja NERC forum office located a stone throw from IE’s headquarters, customers come in trickles to file their complaints. The office then investigates it and if necessary calls for hearing with the DisCo.

When asked why there seems to be less activity at the forum office, an official simply identified as Chinedu, said activities are usually at a peak at the beginning of a new month when IE usually carries out its disconnection exercise.

“People usually don’t know their rights, so they resort to begging officials not to disconnect them and attempt to bribe them. We are busy because of the perception that IE is not treating customers well maybe due to the fact that it is the largest DisCo in the country with so many communities under its network. We have been able to resolve many community disputes.”

In a bid to assert their rights, 57 streets in Onipanu wrote to IE in September saying there will be no payment of bills until prepaid meters are installed. The residents of the 57 streets, on the platform of Concerned Residents Community, led by their chairman, Engr. Yusuf Usman, said they would no longer pay any bill without prepaid meters.

“We have dropped our letter. We could not meet with any of the managers. If they want dialogue, let them invite us. Otherwise, this is the end of paying bills for darkness. How can anyone justify the increase of a three-bedroom flat bill from N4,000 to N30,000? Our lawyer is preparing. We have been making attempts to talk to officials of the undertaking office and the headquarters since January without success.”

Describing the estimated billing methodology as unfair and exploitative, president of Nigerian Consumer Protection Network, an advocacy group, Kunle Olubiyo, said the methodology is an incentive for DisCos not to invest in metering.

Metering statistics released by NERC in 2016 revealed that there were over six million customers with verified accounts throughout the country. While 3.3 million of them had meters, the other 2.7 million did not; hence they were placed on the estimated billing methodology.

“Electricity is measured in kilowatt hours. One kilowatt is equal to 1,000watts. Calculating how many kWh a particular device uses is as easy as dividing by 1,000. So, for the bulb with 360 watt-hours per day would be 0.36 kWh, multiplied by 30 days is 10.8kWh per month. Next is to check your bill to see how much you pay per kWh.

“For example, residential customers (R2) pay N25 per kilowatt-hour. By multiplying electricity rate by kWh, this will give an estimate of how much the bulb cost you. The above consumer spends N270 in electricity bills for a bulb monthly. If he has six bulbs, he will spend N1,620.

“To get the estimate of electricity consumed, check the wattage label of all the household appliances such as refrigerator, television, fan, iron, etc and work it out. So ideally, a regular flat with necessary appliances averaging 1,000watts on six hours of electricity daily should get an estimated bill of between N4,000 to N5,000. Anything higher than that is crazy and excessive,” he explained.

Ofulue, IE’s Head of Corporate Communications, reacting to the allegations, said some complaints are beyond the firm. “Complaints like metering and power supply are things not within our control. The reason why we cannot meter everybody at the same time is because we cannot afford it. Thankfully, the regulators are doing something to address this. For instance, you can be consistently out of power for certain number of reasons, like a problem with transmission, during upgrade and overloaded feeders.

“That your bill is crazy is an assumption. There are methods of arriving at the estimation, part of which includes demographics. If a consumer feels his bill is crazy, take it to your business unit, our men will come to your house for a load assessment to measure what you use and if there is any need, it will be adjusted accordingly.

“We have defined channels for complaints and resolution. The moment you see a linesman, the guys who carry ladder and you make a complaint to him, you have not followed the right process. In fact, you are giving room for extortion. We have over 50 undertaking offices across our network, that should be the first level of complaints. It is when it cannot be resolved that it can be escalated to the business unit and in certain instances when such issues cannot be resolved, you can then escalate it to the head-office. All these take time. We have social media channels, but most times people come there to abuse us not to make a formal complaint,” he said.

In August 2017, the Socio-Economic Rights and Accountability Projects (SERAP) released a 65-page report titled: ‘From darkness to darkness: How Nigerians are paying the price for corruption in the electricity sector,’ which detailed how over N11 trillion had been pumped into the power sector since 1999 without any result to show for it. The group also concluded that the perennial poor power supply in the country was proof of corruption in the power sector.

SERAP Deputy Director, Mr. Timothy Adewale, a lawyer, has urged Nigerians to be abreast of their rights as consumers as enshrined in the 2005 NERC Act. According to him, under the Part VI, Section 80-81 of the Act titled Consumer Protection Standards, customers have a right to electricity supply and a properly installed meter.

“It is the customers right to be notified in writing ahead of disconnection of electricity service by the DisCo. The Commission also established standards for compensation to consumers who do not enjoy regular power supply. Something absolutely illegal that the DisCos do is to shut out a community entirely from electricity because of a few defaulters. Mass disconnection is absolutely unacceptable.”

When asked why some communities are shut out of power including those who are regularly paying their bills, Ofolue said it is a last resort strategy. “We disconnect any community once we perceive violence. Once there is a threat to life, we have to move away and shut the community down. A community in Lambe just protested at our head office against disconnection. You don’t want us to disconnect you, but you are not paying your bills and you are asking for prepaid meter. We can’t keep giving free light.

“It is not a regular case, it is not something you hear everyday. Why is it that it is only in the hinterlands that customers get violent against our staff. It is done only as an extreme measure. Many of the communities where this is rampant are in Ikorodu. They don’t want to pay and they prevent you from coming to disconnect those who are owing. Seventy per cent of the complaints come from Ikorodu. We know our customers; you can never hear these incidents in the cities.

“And on informing customers in writing before disconnecting them, see, we have disconnection orders but what these guys do is when you disconnect them, they engage artisans to reconnect them immediately we are gone. Let us be practical here so that we don’t get academic. We know what happens in the business. What rights are we talking about here? Most people believe that this electricity is a social entitlement.”

While the brickbats between DisCos and consumers persist, it is expected that NERC as the regulator would be alive to its responsibilities by expediting action on getting more consumers metered. Having barely three million metered consumers in a country with a population of over 180 million and nearly 36 million households (an average household size is five persons) is a far cry. It is also a good reason for inefficiency to thrive in the sector and extortion of consumers by DisCos’ officials.

And so, NERC should do a lot more to ensure DisCos comply with its regulations by promptly addressing the plight of many electricity consumers in the country.