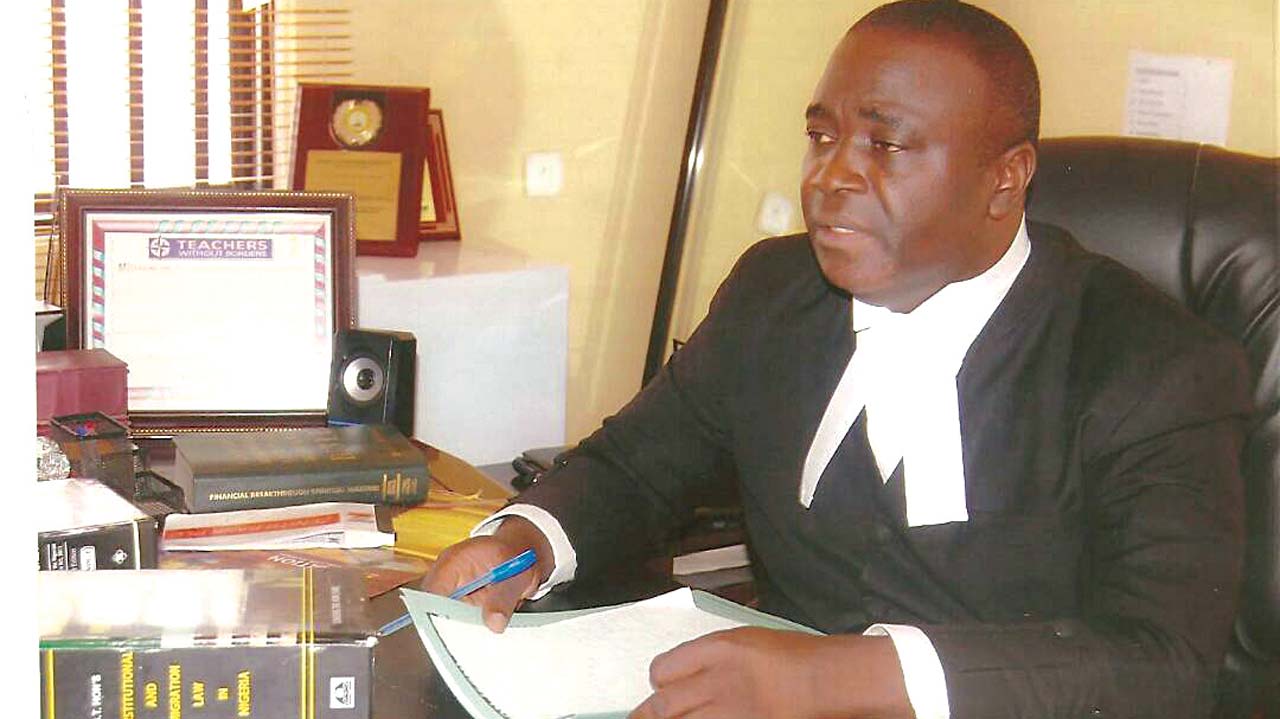 He argued that such funding exposes the courts to undue manipulation and influences by the governors, thereby compromising the rule of law and due process.He, therefore, called on the National Judiciary Council (NJC) to collect and collate all capital and recurrent expenditures of courts from their various heads.

Hon also asked the NJC to make a consolidated budget to the Budget Office for inclusion in the 2018 Federal budget.He said in a statement that by section 6(1) of the 1999 Constitution as amended, judicial powers in the country are to be exercised by “the courts to which this section relates, having been established for the Federation.”

“The phrase ‘to which this section relates’ becomes consummated in subsection (5) of that same section, which had listed the Federal courts, including the State High Courts, the Sharia Courts of Appeal and the Customary Courts of Appeal of the various States.

“This then means that these courts are Federal Courts, established by the Constitution to operate at the State level,” he said. Meanwhile, a former President of the Nigerian Bar Association (NBA), Wole Olanipekun (SAN), has charged members of the bar and bench to shun corruption and unlawful practices.

He made the assertion while delivering a keynote address at the Bar and Bench forum held at High Court, Igbosere as part of activities to mark the 2017/2018 Golden Jubilee Legal year in Lagos.

He said judicial workers should maintain high moral standards as constitute the major workers in the courts.Speaking on Promoting a Pace-Setting and Productive Judiciary in Lagos State, he said a judge has no business being corrupt or corrupted.

“Your Lordships are not only expected to be impartial, decent, courteous, fair, sober, reflective and God-fearing. In my honest opinion, and I want to believe that of many Nigerians share this humble thought, a judge has no business being corrupt or corrupted.“A judge should not be influenced or compromised by other factors or nuances, other than the law and facts of the case before him,” he stressed.