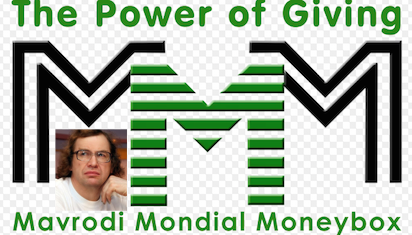 ​
How Nigerians invested over N28.7bn, lost N11.9bn in crashed MMM.
Nigerian investing public lost N11.9 billion to the Mavrodi Mundial Moneybox, MMM, Ponzi scheme, according to the Annual Report of the Nigeria Electronic Fraud Forum, NeFF, which was unveiled, in Abuja, yesterday.It indicated that Nigerians invested over N28.7 billion in the scheme between June and December 2016.The report also showed that the N28.7 billion was money that passed through the NIBSS, involving only 14 banks that are currently on the NIBSS industry Anti-fraud System, HEINDALL, an indication that the aggregate amount Nigerians invested in the MMM and the loss could be much higher than the above figures.N2.19bn bank fraudsSergey Mavrodi of inventor MMMThe nation’s financial sector lost N2.19 billion to fraudsters in 2016, according to the report.According to the report, the actual money lost to fraudsters is slightly less than the N2.256 billion recorded in 2015.However, the volume of fraud cases jumped to 19,531, against 10,743 cases in 2015, an indication that the financial system had increasingly suffered attacks from fraudsters.The attempted fraud value in the year under review slightly decreased to N4.368 billion , from the 2015 figure of N4.374 billion.The report indicated that some banks shield fraudsters in the financial system by refusing to expose them, thereby making it easy for such criminals to continue in their evil.It said that 1,020 were those who benefitted from fraud in the year under review but that the affected bank sent the Bank Verification Number, BVN, of a mere 217, representing 21 per cent of them.

It said, “It is quite unfortunate that despite several awareness and tips about BVN watchlist, some institutions still refuse to send BVNs of their customers who have been involved in fraudulent acts for watch-list, thereby leaving these fraudsters free in our ecosystem and subsequebntly perpetrating more fraud .“Out of the 1, 020 unique individuals who were beneficiaries of fraudulent transactions in 2016 across listed channels, only 217 BVNs were sent to the NIBBS (Nigeria Inter-Bank Settlement System) for watch-listing.“If we do not cut off these unscrupulous elements from the financial ecosystem, they will continue to migrate from one institution to another wreaking more havoc.”The Central bank of Nigeria (CBN) Deputy-Governor , Operations, Mr. Adebayo Adelabu, noted that advancement in technology on which drive modern businesses presented great challenges to check the activities of fraudsters.His words,   “Today, not only are there more Internet users in developing countries than in developed ones; almost all critical sectors of many developing economies have adopted and currently are utilizing ICT to deliver sensitive services in shared, interconnected, real time, and interdependent ecosystems.

This is the situation in our country, with the financial services sector being a shining example.“Given the reality that with this progress comes challenges in the manner of exposures and vulnerabilities, it is inescapable therefore that firm and appropriate legal frameworks must be put in place, supported with sound and effective law enforcement and enhanced technical and institutional capabilities to effectively protect these networks and secure the systems and infrastructure from all forms of cybercrimes.“As you know, the global Financial Services Industry is further challenged by the advent and wide acceptance of virtual and crypto currencies such as Bitcoin, based on the Blockchain Technology; Financial Technology (Fintech); and the development of artificial intelligence and robotics.

The clear implication of these developments is that, as there does not seem to be any alternative to the wholesome adoption of technology by the Financial Services Industry; there should be no option to taking the critical steps needed to ensure that the technology and processes adopted remain safe, secure and functional at all times.”The post How Nigerians invested over N28.7bn, lost N11.9bn in crashed MMM appeared first onVanguard News.