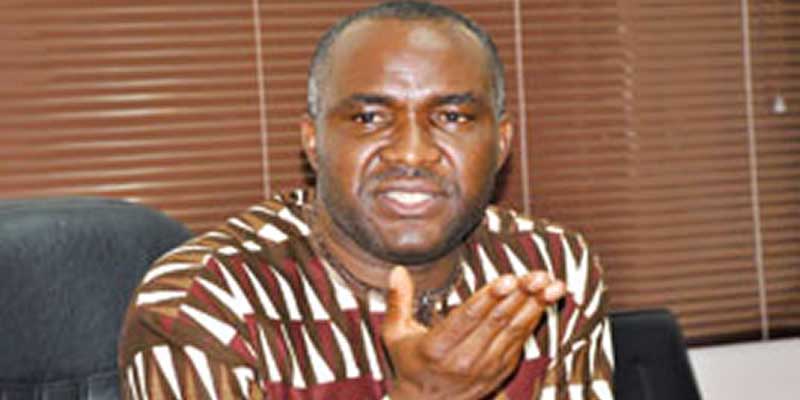 The Human Rights Writers Association of Nigeria (HURIWA) yesterday urged the Switzerland government to stay action on the repatriation of the $321m Abacha loot till after the 2019 general elections to ensure it was not looted again.

The Rights group said it would try to convince the Swiss administration to put the cash in an escrow and interest yielding account on behalf of the country until after the 2019 presidential poll.

The group said this was because the atmosphere in the country does not permit openness, transparency and accountability under President Muhammadu Buhari.

In a statement signed by the National Coordinator, Comrade Emmanuel Onwubiko and the National Media Affairs Director, Zainab Yusuf in Abuja, HURIWA argued that key cabinet members of the Buhari administration including the Attorney General of the Federation (AGF) Abubakar Malami, who announced the imminent repatriation of the Abacha loot, were not committed to the corruption fight and violations of human rights by the government.

“We believe that if these huge sums are repatriated now back into the hands of the political hawks and members of cabal in the presidency, the fund will surely disappear into private pockets and some fractions of the fund could be invested in seeking for a second term for president Muhammadu Buhari and could therefore jeopardize free, fair, peaceful, transparent and widely acceptable presidential polls in 2019,” HURIWA said.

The Rights group said although the Nigerian Constitution recognises that it was the country’s duty to fight corruption and eradicate abuses of authority by public officers, but lamented that the Buhari administration was not compliant to probity, integrity and accountability.

HURIWA said there are existential and pragmatic evidences to believe that there is widespread official theft of public funds going by the current administration’s spending of trillions of naira to build infrastructure, adding that Nigerians could attest to the fact that public infrastructure have collapsed.

The rights group wondered how the same public officials could be trusted to manage the Abacha loot if repatriated now as it was being contemplated.

“These times are dicey. These times are dangerous, particularly because of many reports of shady transactions among key federal cabinet members of the president Buhari’s administration.

“The Nigerian National Petroleum Corporation (NNPC) is in a midst of $26 billion contracts award scandal. The presidency is weighed down by cases of bribery and diversion of public funds among which is the alleged diversion of over N300 million from the North-East rehabilitation fund, which led to the suspension of the Secretary to the Government of the Federation, Babachir Lawal, among other scandals.