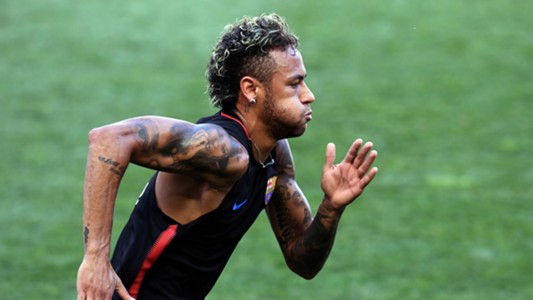 Neymar’s world-record move to Paris Saint-Germain has entered legal limbo as La Liga has rejected the €222 million bid for the Barcelona forward.

The Brazilian was expected to complete his move on Friday and push to play a part in PSG’s Ligue 1 opener on Saturday against Amiens.

La Liga president Javier Tebas had already said that the organisation was going to reject that payment due to Financial Fair Play (FFP) as they won’t recognise Neymar’s buyout clause.

“Even if PSG do not meet the release clause we are going to report them,” Tebas had told Sport on Tuesday.

“We have already warned the president of Paris Saint-Germain that we would do so and we see that PSG’s policy has continued in the same manner.

“They cannot invent some numbers where their commercial rights exceed those of Real Madrid and Barcelona. Nobody believes that.”

La Liga’s decision to reject the 25-year-old’s move – which looked all-but certain after he said goodbye to Barca players and staff – puts the transfer in a completely unprecedented situation.