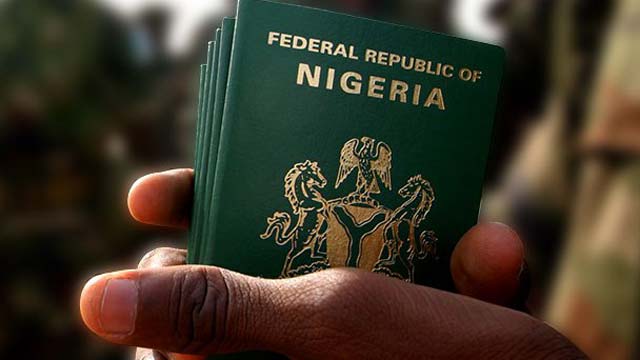 The House of Representatives Committee on Diaspora has faulted the Nigeria Immigration Service (NIS) visa policy in the United States which came into effect on October 16 this year.

The lawmakers led by Mrs. Rita Ojir (PDP, Lagos) at an interactive session with the NIS Comptroller General, Mr. Mohammed Babandede, expressed concern that Nigerians are being made to pay $270 to renew their visa.

Ojir said the policy was logically flawed in view of the fact that visa applicants were required to pay additional fees of $90 for online registration and another $20 for biometric capturing to the same company, away from the $160 which is supposedly the visa fee.

She questioned the rationale for engaging foreigners to do biometric and capturing that can be handled by the Federal Government, saying the development raised suspicion and concern for the security of the citizenry. “Now that we are talking about erasing corruption in our system, identity theft is a serious crime. Leaving the identity of Nigerians in the hands of foreigners is a security threat.

“You can imagine $110 going into the pocket of privacy companies when Nigerian government can single handedly embark on the project and generate revenue to pay the embassy staff across the world.”

Babandede denied involvement of his outfit in any form of extortion. He said the Ministry of Interior awarded the contract and the NIS only acted on instructions from the ministry.

The CG explained that the biometric and capturing was actually embarked upon for security reasons. He agreed with the committee on all extra charges amounting to $270 but said it was beyond the control of the NIS.

“It is true that Nigerians are charged the amount you just mentioned totaling to $270. it is broken down to visa fees $160, registration fees $20 and biometric capturing $90 but only $160 goes straight to the federation account.

“We didn’t sign any agreement or contract with anybody, rather the Ministry of Interior did on our behalf. Some of the agreements and contracts need to be reviewed or cancelled,”,he submitted.