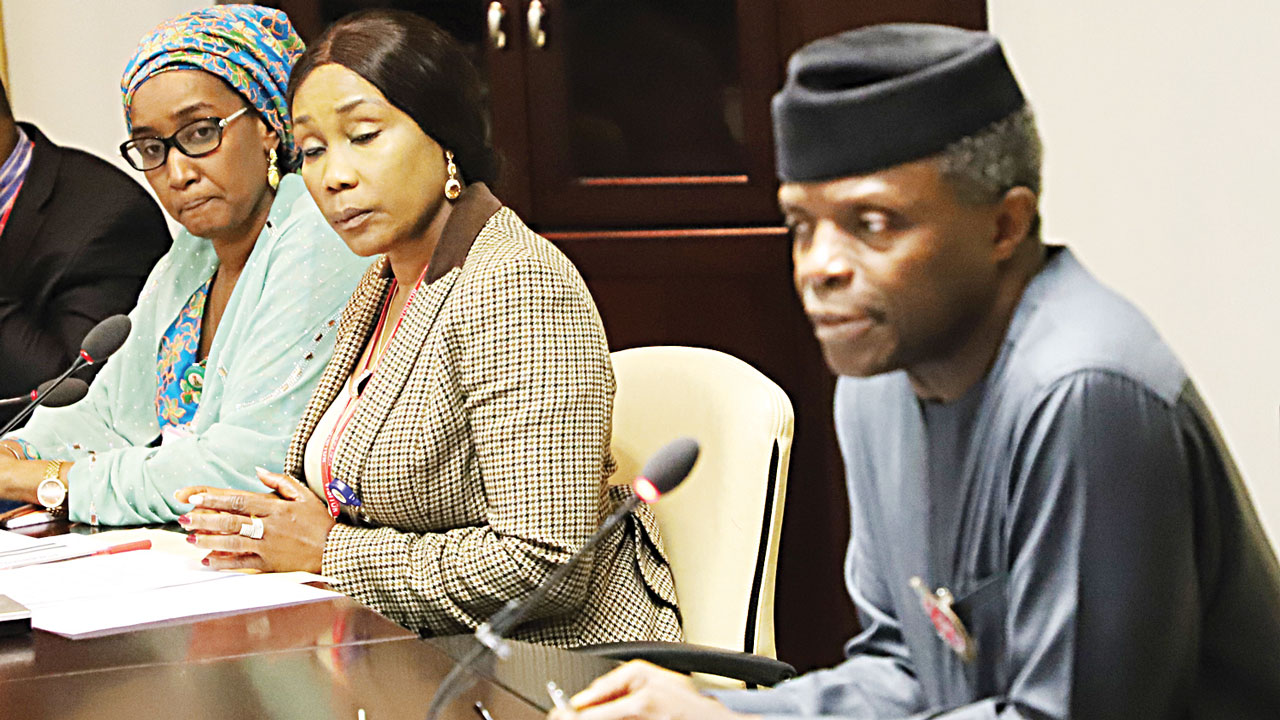 • Agency moves to stem trend, partner with NOA
The National Commission for Refugees, Migrants and Internally-Displaced Persons (NCFRMI) has said that about 11,600 migrants of Nigerian origin are currently facing repatriation from different parts of the world.

The Federal Commissioner for NCFRMI, Mrs. Sadiya Umar-Farouk, disclosed this yesterday when the Vice President, Prof. Yemi Osinbajo, met with heads of National Agency for the Prohibition of Trafficking in Persons (NAPTIP), the National Emergency Management Agency (NEMA) and NCFRMI at the State House, Abuja, to review the condition of Nigerian migrants in different parts of the world.

In his opening remark before the meeting went into a closed-door session, Osinbajo recalled the comment of the President that all Nigerians stranded in the hostile country would be given an opportunity to return to the country.

He also recalled the administration’s commitment to ensure that young Nigerians are no longer exposed to danger of wandering in the desert and eventual attempt to cross the sea.

Osinbajo, who said it was necessary to sensitise young Nigerians with the danger involved in moves to cross the Mediterranean Sea after being brainwashed by unscrupulous individuals, said it had become imperative for them to review the situation and take a position on how to halt the trend.

Meanwhile, the commission has sought partnership with the National Orientation Agency (NOA) to stem the illegal migration of Nigerians to other countries, especially via the deserts and the deadly Mediterranean Sea.

Umar-Farouk, who led a team of officials of the Commission to the headquarters of the NOA in Abuja, yesterday, lamented the increasing number of many Nigerians who continue to embark on dangerous journeys through the deserts and the Mediterranean Sea to escape perceived hardship at home.

Farouk, while calling for urgent collaboration with others stakeholders to address the issues of irregular migration, decried the number of Nigerian citizens crossing to Europe.

The CEO said the agency had also begun preparation to join the world to mark the International Migration Day slated for December 18 for dialogue and to highlight the dangers of the phenomenon.

However, the Director-General of NOA, Dr. Garba Abari, assured of the readiness of the agency to partner with stakeholders to stem the tide, attributing the alarming illegal migration to the collapse of family value system ‎in the society.

Abari, who expressed dismay over the disturbing trend, said “the notion that the grass is greener out there is no longer true.”

He said that although government and its institutions were doing their best to arrest the development, which he said, has debased many unemployed youths,‎ the onus also lied on Nigerians to do more to stem the ugly trend.