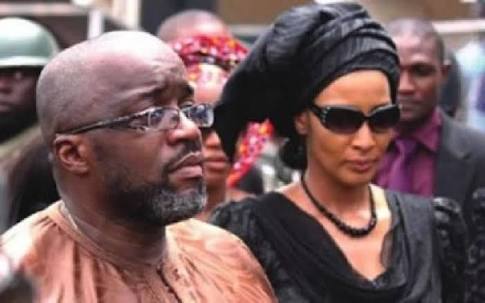 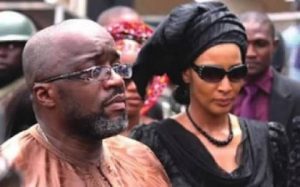 The claim that the children of the late  Dim Chukwuemeka  Odumegwu-Ojukwu  have resolved not to support the senatorial ambition of  the Biafra warlord’s  widow, Bianca, has literally opened the floodgates of reactions from both sides. While the paternal family of Bianca, the late Chief C.C Onoh family, mocked the children  of the  Ikemba Nnewi, stating that they would meet at Bianca ’s inauguration, a group, Friends of Bianca, bought nomination form of  the  All Progressives Grand Alliance,  APGA, for Bianca a day after the publication. Bianca is seeking to represent Anambra South Senatorial District in the Senate. The latest on the matter  is the allegation  of  Emeka Odumegwu-Ojukwu Jr that Bianca  coveted the heritage of the Ojukwu family. Emeka  explained to Sunday Vanguard  that the point of disagreement between Bianca and the family was the former’s  alleged coveting of the property of  Ojukwu Transport Limited, a company founded by the late Ikemba’s father, Sir Louis  Ojukwu. He said it was natural for the family not to support Bianca, who he accused of grabbing what belonged to their grandfather. His words: “Has anybody asked the Ojukwu household whether we believe in her to represent us? This is a woman we don’t interact with. She doesn’t talk to us. “Apart from the above, the relevant issues that should be raised should be around her competence for office and   her character, her values, and her moral fortitude among others. People should look at the woman they have come to know and decide for themselves. For us, our focus is reclaiming what belongs to Ojukwu Transport Limited. “It is no surprise that one would not support someone that is fighting him or his family. Bianca, after the funeral of the late Dim Ojukwu, took the family and Ojukwu Transport Limited  to court. My father’s seat “Ojukwu Transport is a company founded by my grandfather, Sir Odumegwu Ojukwu. Majority of his property  is  vested in the company.

There are seven directors including myself. I took over my father’s seat on the board. “Bianca decided to sit on the company’s property after Dim died and in some cases collects rent in advance. “We are still hopeful that the police will take the necessary steps to make sure she comes and responds to questions over our allegations. “There are  alleged fake documents and signatures that purport to be for somebody but they cannot be accounted for unfortunately. How some of these monies were used to purchase properties abroad have to be investigated. “If someone uses money gained illegally and transfers it abroad,  it is called money laundering. There are quite serious issues that are pending. Her agent, who stated in his statement that he was taking instructions from her, was arrested and we are quite hopeful that the police invitation to her will be honoured. We are hopeful  that their summons to address some of these pertinent issues will shed the necessary light on the alleged misappropriation. Intimidating us “All these cases are in  a  public domain for people to see. She took us to court; so she is apparently the one trying to intimidate members of  Ojukwu family and not the other way round. “ Bianca’s reason for fighting the family over the property belonging to our grandfather and father  is nothing other than greed. “The wife of Sir Odumegwu is still alive and has two adult surviving sons. How can  she justify what she is doing? I don’t know what else to adduce as the reason for her attitude. Perhaps, it is greed. “All the property are under the care of Ojukwu Transport. And what happens to them is determined by the Board of  Directors and not by any individual. Alleged changes in will “On the issue of  Ojukwu’s will, there was a codicil to the will that was allegedly written to change some of the things that were in the original will. “She claims that she was given my father’s seat on the board. As I mentioned earlier,   I am the one who took over that seat. My father knew that as a director of Ojukwu Transport, he cannot bequeath his director’s seat to anybody. It is the Board of Directors that will sit and deliberate to decide who they want to make a director which was what happened. And that was how I became a director. “Which family in the world, if it believed such injustices were being perpetrated against its members, would sit quietly? Which family would remain mute? Which family, if it held all of the above to be true, would propose or support the perceived protagonist of their travails for public office?” When Sunday Vanguard  called the mobile phone of Bianca, a female, who identified herself as her Personal Assistant, said her principal was not available. After being told the reason for the call, she asked this writer to call back at 5pm.