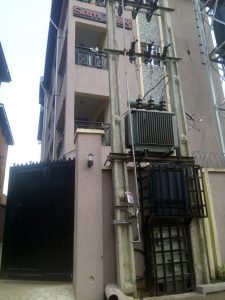 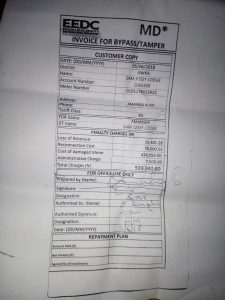 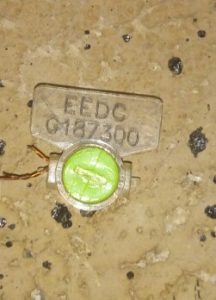 The drama of EEDC giving massive and over rated consumption charges to lodges residing withing the Unizik Ifite axis remains an alarming issue over the years. In fact this charges as noted by the occupants were far above what they consumed and to worsen the matter the occupants complained of hardly enjoying an accumulated 12days of electricity supply out of 31 days in a month yet they would be billed with thousands of charges to pay.

The most recent of this drama is the case of a Lodge by name SAM JOSSY located very close to school gate behind Teezers restaurant. According to the lodge President the men of EEDC came and fixed a Metter for them which they mounted outside the lodge compound.
According to the president the EEDC officers didn’t notify them during the installation and after the installation about any thing called meter seal that enables the meter to perform.

He went futher to state that when they discover that there was no light in the lodge hence others have light, they notified the EEDC Manger about the situation.
In response they were told that the meter was tempered with and the seal was broken.
They forwarded a letter of Complaint to the station manager incharge of Ifite Mr Ojukwu.

After long deliberations they were served  over half a million charge to as penalty accusing the inmates of being responsible for the damaged meter seal which they have no idea about the EEDC agent maintained that the payment must be made before their light could be connected back again. The EEDC according to the lodge President claimed the meter can’t perform again and hence will be changed completely .

It was gathered that the location of the meter was outside the lodge compound which makes it vulnerable to buglers and other evil perpetrators. With similar cases of such burglars recorded in various places down school.

According to an inmate of the lodge (name withheld)  lamented that they have not seen light for close to  two months, he stressed that they had no prior idea about whatever seal that has to do with the meter as claimed by the EEDC.

Similarly, It could be recalled that a certain transformer located along the Ifite road very close to mummy’s pot Ifite was some months back ransacked by cable buglers and made away with costly cables.

It was gathered that such cases always occurs to transformers not located inside  any Lodge compound which will be at the sight of the inmates for security check.

The inmates of SAM JOSSY Lodge is using this medium to call on all occupants of Ifite to join hands against this action of EEDC on innocent students as they knew nothing about the said meter seal. The students lamented that this lack of  power supply has denied them the access to water,to read and equally charge their lamps. They are calling on the necessary authorities to look into this unwarranted treatment towards the inmates of SAM JOSSY so that this students will have time to concentrate and have their studies.

Buhari belongs to somebody