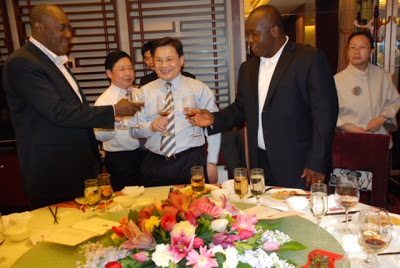 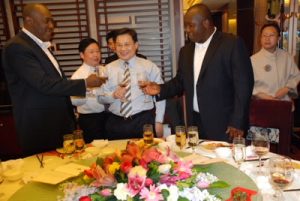 The community of Anambrarians in China has described the CEO of Capital Oil and Gas and Aspirant for the 2019 Anambra South Senatorial District Election on the platform of the All Progressives Grand Alliance (APGA), Dr. Patrick Ifeanyi Ubah as a great choice that should be supported by all lovers of goodwill in the upcoming APGA Senatorial Primary.
The group also described Dr. Ubah as an international philanthropist that have never relented in delivering selfless services to humanity. The group’s Chairman Chief Chikwendu Jude Elochukwu made this known in a brief interview with Onyeije Media. According to him, if not for the kind efforts of Dr. Ubah, many Nigerians who were penalized for committing Visa related offences would have been languishing in various Prisons of the Asian country by now.
Chief Elochukwu further disclosed that Dr. Ubah demanded for lists of all Nigerians who were stranded in Prisons for committing Visa related offences after which he demanded for fines awarded against them, and to the surprise of many, he paid off those fines, paid for their flight tickets and ensured that they arrived Nigeria safely.
The Anambra Chinese Community Chairman also said that Dr. Ubah further made financial donations to the returnees who hail from various parts of the country to start up businesses and that majority of them are now successful business men.
Chief Elochukwu further disclosed that when many thought that they have seen it all, Dr. Ubah called all Nigerians in China and made financial donations to them to advance their businesses, he also made it clear that Dr. Ubah only intervened in cases of compatriots that were unable to pay fines awarded against them due to their involvement in visa related offences and were consequently stranded in Prisons, and urged APGA delegates to unanimously support him at the Primary.
In his reaction, one of the beneficiaries of Dr. Ubah’s Philanthropy in China Mr. Chinedu Ejiofor who is also an Anambra Indigene thanked Dr. Ubah for taking him and numerous others living in China to a greater height.
According to Mr. Ejiofor who is also the CEO of Golden Hammer Investment, the Nigerian Community in China paid a courtesy call on Dr. Ubah when he visited the Asian country and after giving them words of advice and encouragement, Dr. Ubah made a financial donation to each of them and with those donations, many of them became very successful in their businesses. He also noted that the beneficiaries hailed from various parts of the country and that with the generous assistance he received from Dr. Ubah, he is now an employer of labour and consequently, he is now the breadwinner of many families. He also urged APGA delegates to support him massively in the Primary because since he did these for Igbos and Nigerians as a private citizen, he will definitely do more as a Senator.
Recall that Dr. Ubah donated thirty thousand United States Dollars ($30,000) to the Chinese government to assist the victims of the earthquake that hit the Asian country some years ago. He also took some prominent Igbos to China for a tour of ship yard facilities which served as great benefit to them especially those of them that is now in government in making economic policies. 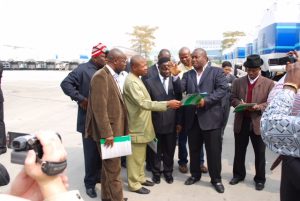